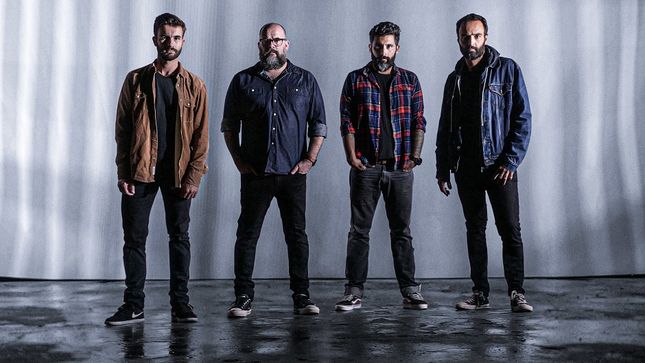 The perfect soundtrack for the post-lockdown world, the band’s fourth album and follow-up to 2017’s Dominant Rush EP stands as their densest output to date doused in kaleidoscopic riff explorations and hypnotic interludes; a multi-textured sonic journey that’s at once deep, heavy, mesmerizing, and cathartic. Captured live at Generator Music Studios in Sintra, Portugal by Miguel “Veg” Marques, the record carries with it the warmth and soul of a band full of fresh vigor and perhaps the demons of these tumultuous times.

The record is loosely focused on the tragic death of guitarist K. Raffah’s baby son and the other members’ children born during the creative process. "Doom Machine is a very emotional experience for us...,” Raffah shares. “[My son] was only here for a month and a half, but his light was very bright. We feel his presence every time.” Thematically, vocalist Johnny Lee adds, “This album reflects on how each one of us can breed and unleash our own self-destructive force, assembled to be part of a giant Doom Machine.”

In advance of the record’s release, today the band is pleased to unveil a video for first single, “Fourth Dimension,” noting, “this is a riff raff explosion that urges people to get out of the cave allegory they live in.”

Directed by José Dinis, the video is streaming below.

Doom Machine will be released on CD and digitally via Small Stone with Kozmik Artifactz handling a limited vinyl edition.