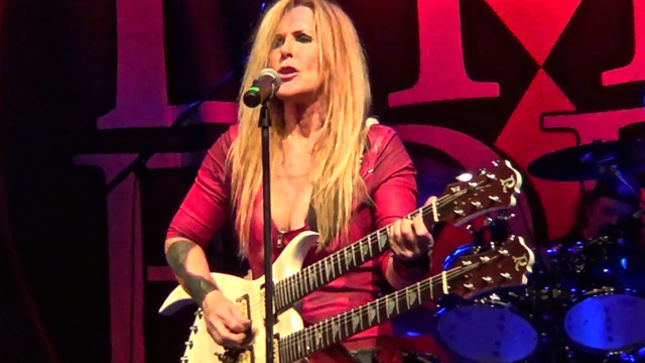 Lita Ford is set to release her latest album Time Capsule via SPV/Steamhammer on April 15th. The very special and unusual recording turns back the clock to a time when honest, down-to-earth rock music was still handmade and recorded without digital tricks and contraptions. Time Capsule is a "throwback" record that boasts identifiable voices and brilliant players jamming without any planning or pressure. Some of the album`s highlights: Billy Sheehan (bass), Rodger Carter (drums), Dave Navarro (mandolin), Jeff Scott Soto (vocals), Rick Nielsen and Robin Zander (backing vocals) and Gene Simmons (bass). The first single, "Rotten To The Core" is streaming below and features KISS' Gene Simmons on bass, former KISS axeman Bruce Kulick on guitar and Rodger Carter on drums.

Time Capsule contains ten songs plus an intro and will be available as a digipak as well as an LP version and download. It`s Ford`s gift to fans who love the ´80s, when thrilling vocal performances, raunchy riffs, and loud, growling guitars were as essential as oxygen. Time Capsule is available for pre-order via the Amazon widget below. 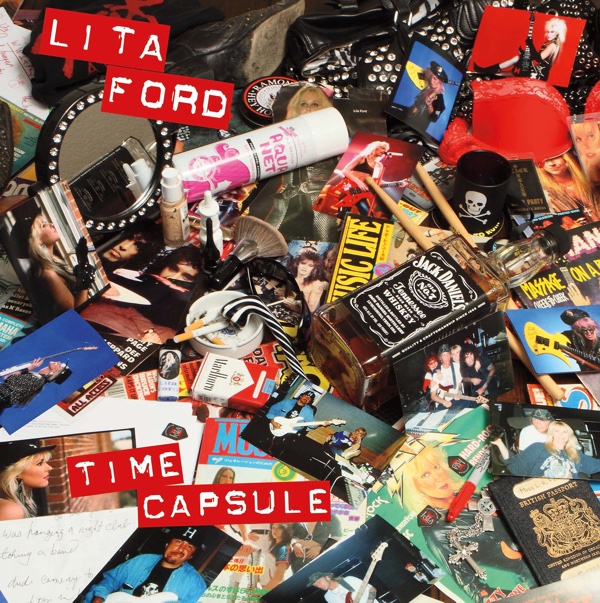 "Rotten To The Core"

In support of Time Capsule, Lita Ford has taken to the road with her all-star band for a string of headline dates and special shows. Following those dates, Lita will join up with Halestorm providing direct support on their North America tour. A complete list of dates can be found below.

Lita on the new album and tour: "Time Capsule is some of the best work I've ever produced and written with some of the best of the best musicians and engineers of the '80s, this package is only missing one thing... a tour. But now we have it. It is with great honor and respect that I will be providing direct support to Halestorm with up and comers Dorothy opening the shows. We can all rock out together as this will surely be a tour of the titans. So grab yourself the book and rock out to this buried treasure. Then get ready for this one of a kind tour!"

Lita Ford’s long awaited and highly anticipated autobiography, Living Like A Runaway: A Memoir, will be released February 23rd via Dey Street Books, and can be pre-ordered via the Amazon widget below.

Years later, Ford’s rock life came full circle when she got to open for Black Sabbath, and spent time after with her idol, Iommi. “He seemed so charming, confident and handsome,” she writes. “I would later find out that looks are deceiving.”

They “fooled around a bit” that night, but “that’s as far as he was able to get because he was so high,” she writes, having noted the copious amounts of cocaine present. “He was impotent from his constant drug use, and he was very embarrassed. I felt bad for him and didn’t really know what to do. Eventually, I got him off.”

They stayed in touch, the relationship progressed and she was thrilled when Iommi invited her to England to meet his “mum”. The couple were on the plane, and as soon as it started moving, Iommi, “out of nowhere . . . hauled off and punched me in the eye.”

Lita has launched a PledgeMusic campaign as she wants to give her fans the opportunity to get up close and personal with the Queen of Metal. With the year shaping up to a banner one for Ford featuring the release of her memoir, new album and extensive touring plans including headline dates and shows with Halestorm.

Pre-orders for the book and album are available to order via PledgeMusic In addition to the standard version of the book and the album, Lita is offering limited edition merchandise and experiences including deluxe bundles, handwritten lyrics, a signed signature Warlock guitar and even your own personal one on one guitar lesson with Lita Ford. Check out everything here.

In support of the book, Lita will be taking part in a cross-country book tour, including readings, Q&A sessions, book signings and more.  Information regarding the book tour events can be found below.

"I got the first copy of my book Living Like A Runaway yesterday. The anticipation of its release has got me on pins and needles. As I started writing this book, I said to my editor this book is a fight Peter, he said to me, the best books always are Lita. We looked at each other and smiled, with that vote of confidence I knew we would have a winner on our hands... from that point on it was onwards and upwards," says Ford of her new book.