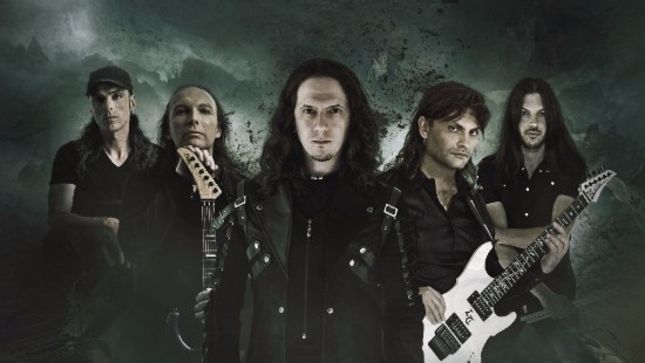 The creators of cinematic metal, Luca Turilli’s Rhapsody, have announced their 2016 North American co-headlining tour with German power metallers, Primal Fear. The tour will kick off at a very special show on April 28th at Stage 48 in New York City. Pre-sale tickets for the exclusive NYC date are now on sale.

"We are all extremely excited and looking forward to playing a memorable show in New York on April 28th, 2016", commented Luca Turilli. "It will be a true honour to co-headline that special evening with our friends of Primal Fear. And that will be just the beginning, as the two bands will bring their glorious music across US from the east to the west coast. Many more dates will be announced in 10 days. Stay tuned!"

The band are touring in support of their latest album, Prometheus, Symphonia Ignis Divinus, released by Nuclear Blast Records. More dates will be announced soon. For additional information, tickets and VIP tickets visit this location.