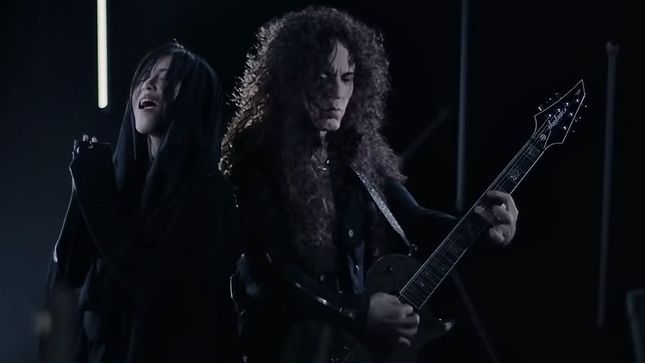 Marty Friedman (ex-Megadeth) has released a video for the reworked version of "The Perfect World", featured on his new Tokyo Jukebox 3 release, out now in Japan, and available worldwide in early 2021 in various formats, with further details to follow.

The new version of "The Perfect World" features guest vocals by Japanese pop singer Alfakyun. Watch the video below:

Friedman recently unveiled the artwork for his Tokyo Jukebox 3 release.

Said Marty: "Just like everyone, I’ve had a real tough time dealing with 2020. We all suffered from a massive lack of fun this year, so I made it my mission to make feel-good, serotonin level raising music of the highest order, stuff that will hopefully kick you all in the feels, and hard. Making the album during a pandemic had its hellish challenges, but everyone is facing hardships now, so I was just thankful to have such cathartic work to do.

"Guitar fans will notice, and hopefully enjoy, some pretty cool updates to my guitar sounds. I’ve discovered that when you take off all spatial effects like reverbs and delays, your solo expressions can often live and breathe more, and have an urgency and unique attack to them, that I’m really digging."