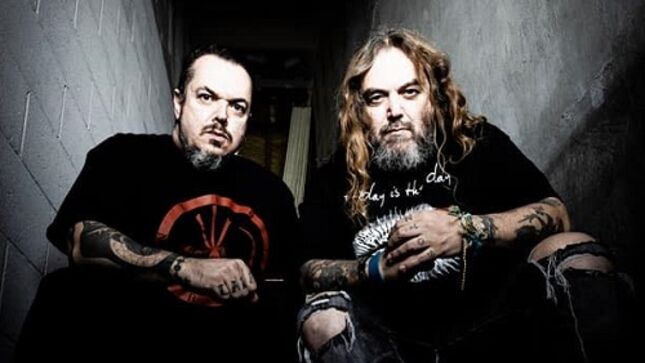 Max and Iggor Cavalera are stoked to announce the rotation of openers on their Return Beneath Arise Tour, featuring metal giants Destruction as direct support for May 22, Warbringer (May 23 to June 8), and Cephalic Carnage (June 10 to June 25). And now just added to the Cavalera’s Return Beneath Arise Tour is Max’s son Igor Cavalera's band, Healing Magic, who will open all dates.

Celebrate with original founding members of influential RIAA Gold-Certified Brazilian heavy metal legend Sepultura, Max and Iggor Cavalera will celebrate the legendary albums Beneath The Remains and Arise by performing a hybrid setlist exclusively with songs from both albums, throughout the United States, in May and June of 2022.

Since the early days of formation over 30 years ago, the Cavalera brothers have each seen unparalleled success in the music industry. Max’s more recent work with Soulfly, Go Ahead And Die, Cavalera Conspiracy (also featuring Iggor) and Killer Be Killed, in addition to Iggor’s projects Mixhell, Petbrick and Soulwax proves the lasting power of the Cavalera legacy.

It’s safe to say that the releases of Beneath The Remains (1989) and Arise (1991) completely changed the landscape of metal music throughout the world.

Max states: “After Covid-19 us metalheads need to release our aggression with some Beneath The Remains and Arise!”

Iggor adds: "Can’t wait to perform our Return Beneath Arise Tour for our North American fans. See you in the Pit!!!” 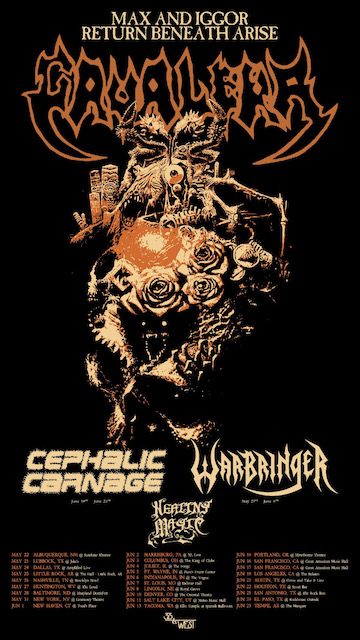