MAYHEM's NECROBUTCHER On Upcoming Black Metal Movie, Lords Of Chaos - “It Pisses Me Off That People Make Movies About Your Life And Don’t Even Bother To Consult Or Contact You” 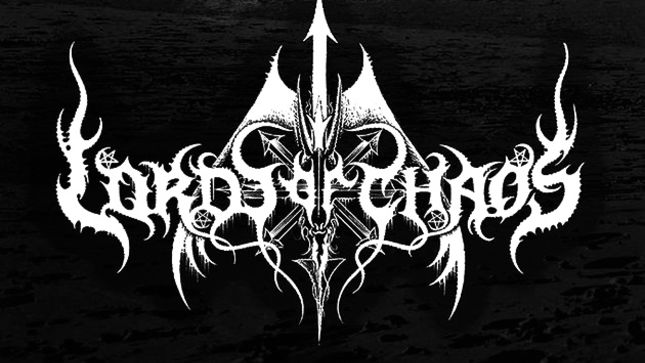 VICE Films, along with Insurgent Media, 20th Century Fox and Chimney Pot are financing the sensational story of Norwegian black metal band Mayhem under the moniker Lords Of Chaos, a name taken from Michael Moynihan and Didrik Søderlind’s 1998 book about the Norwegian black metal scene, focusing on the string of church burnings and murders that occurred in the country in the early ‘90s. Swedish director Jonas Åkerlund is directing the film from a screenplay he co-wrote.

In a new interview with SLUG Magazine, Mayhem founding member Necrobutcher (Jørn Stubberud) discusses the upcoming film and reveals what it felt like to have a film made about events so pertinent in his life, as well as how much he was consulted on the film.

“It pisses me off that people make movies about your life and don’t even bother to consult or contact you,” he says.

Apparently the filmmakers only reached out to be able to use Mayhem’s music. “I told them I had to read the script before granting any use of the music for the film, and after reading through this absolute bollocks and far-from-fact-and-reality script, I said no to any collaboration.”

Burzum mastermind Varg Vikernes recently released a video offering his thoughts on Lords Of Chaos, which can be viewed below. Following is an excerpt from his statement:

Vikernes. "One of the things I find amusing is that they've asked Mayhem for the rights to use their music in the film. Mayhem said, 'Nope, fuck you.' They have asked Darkthrone to use their music in the film, and Darkthrone has done what Darkthrone always does - tell them to fuck off. And then I received an email a month or two ago from some Goldman person based in the UK and he asked me for the right to use Burzum music in the film. And guess what? I told them to fuck off too. So the funny thing is, they're making a movie based around Darkthrone, Mayhem and Burzum, and they're not allowed to use music of any of these bands. I find that hilarious."

"This movie is probably Hollywood character-murder type thing where they have no intention of giving us any secrets of what really happened or anything like that - it's just fiction, bullshit Hollywood crap made to make them money. It's not about the truth, it is just complete bullshit. I suggest we all ignore that crap."

Filming for Lords Of Chaos began in Oslo last November, and Filter Film Og TV issued a report including photos and video from the set.

News recently surfaced that the co-op apartment where Mayhem founder Øystein "Euronymous" Aarseth was stabbed to death by Varg "Count" Vikernes in 1993 was being used to shoot scenes for the film. The photos included in the new report, however, are from a street nearby in the borough of Toyen.

Secrecy surrounding the recording is intense, Norwegian co-producer Håkon Øverås will not say anything about the film, or which actors are at work. However, actor Emory Cohen (Brooklyn, The Place Beyond the Pines) can be seen in black wig in the role of Varg "Count" Vikernes.

Clips from the film were revealed last year, in the form of the “ManUNkind” music video from Metallica, which had it’s premier here at BraveWords. In the video we see several of the actors reconstruct a Mayhem concert.

Rory Culkin (Signs) will play Øystein "Euronymous" Aarseth. He owned both the Helvete (Norwegian for "hell") record shop in Oslo and the Deathlike Silence record label, in addition to his role as guitarist for Mayhem.

Mayhem's late lead singer, Per Yngve Ohlin (Dead), will be played by Jack Kilmer (The Nice Guys). Dead killed himself in 1991.

Emperor drummer Bard "Faust" Eithun will be played by Valter Skarsgård. He was jailed for the 1992 murder of a gay man, luring him into the woods and stabbing him some 37 times. The day after the murder, he burned down a church with Euronymous and Vikernes.

In a press release, VICE's Danny Gabai said: “This is a wildly freaky story that our audience has been obsessed with for years, and Jonas' brilliantly imaginative take on it is simultaneously one of the most uniquely entertaining and beautifully humanistic scripts we've seen in a long time."