MEGADETH Bassist David Ellefson - "We Are Not Disbanding" 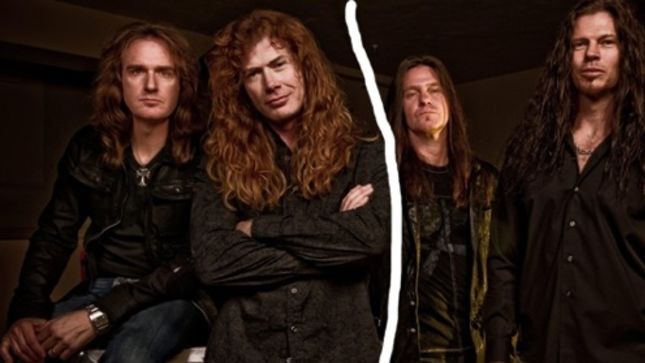 Following the shocking news on November 25th that Megadeth drummer Shawn Drover has left the band, guitarist Chris Broderick announced the following day that he had quit as well "due to artistic and musical differences." During a a live online Megadeth fanclub chat on November 29th, which was announced on November 18th, bassist David Ellefson made it clear the band will continue:

"As you can probably tell by me being here today, we are not disbanding. As of right now, we are looking at all the options, of which there are many. We'll certainly continue working on the new songs for the next record."


A few days after Drover announced his departure, his brother and former Megadeth guitarist Glen Drover - who left the band in 2008 - issued the following statement via Facebook:

"I'm very sorry, but to those who want to see me back in Megadeth, that will never happen. Other cool things coming up. Again, sorry, but there is NO chance I would ever do that. Now saying all of that, thanks a ton for all of your awesome support and it was fun while I was there playing all those cool shows and meeting a lot of you!"


Guitarist Jeff Young, who played on Megadeth's third album - So Far, So Good...So What! - released in 1988, was recently asked by a fan on Facebook, "What's your thoughts on the current Megadeth situation? No chance of you going back?"

Young's response to the fan's question, "I have zero interest in 'the Megadeth situation.' The band is done. Put a fork in it."