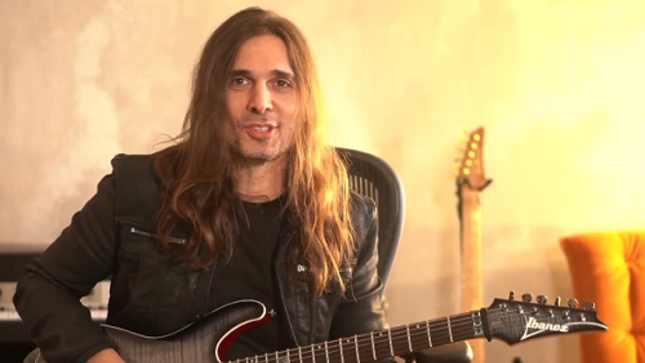 Because of the importance of the major scale in modern music, the Lydian mode is often described as the scale that begins on the fourth scale degree of the major scale, or alternatively, as the major scale with the fourth scale degree raised half a step. This sequence of pitches roughly describes the scale underlying the fifth of the eight Gregorian (church) modes, known as Mode V or the authentic mode on F, theoretically using B♮ but in practice more commonly featuring B♭ (Powers 2001). The use of the B♭ as opposed to B♮ would have made such piece in the modern day F major scale.

In the video below, Megadeth guitarist Kiko Loureiro can be seen performing a playthrough of his song, "Black Ice":