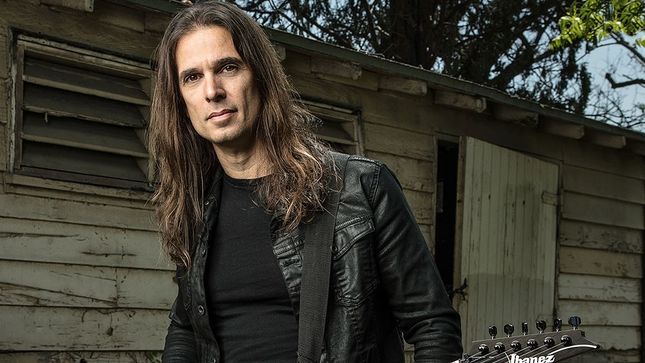 Megadeth guitarist Kiko Loureiro has launched an Indiegogo campaign for his upcoming solo album. Check it out here.

"I'm finally in the process of finishing up my new solo album, and I'm excited to ask you to be involved. Music is a passion we all share. It brings us together and reminds us that we have a connection. It celebrates, tells stories, and preserves moments in a world of change and turmoil.

"I started composing this album last year. The recordings started in September 2019 and I've been working on the album since then, in between Megadeth's activities.

"The purpose of being fully independent with this project, and crowdfunding, is to make it all much easier to give me the freedom of making music the way I want,
having you as a collaborator and part of the process with me. Simple as that. I want to share it with you, and to promote community creativity and engagement.

"I've been putting a lot of work on it. It's my fifth solo album and one more time I'm so excited about the results I'm getting! My version in 2020... being myself in the compositions, sounding modern and updated.

"I will be offering firsthand the new album, exclusive experiences, and special signed merchandise."

Watch the video below, and find out more here.