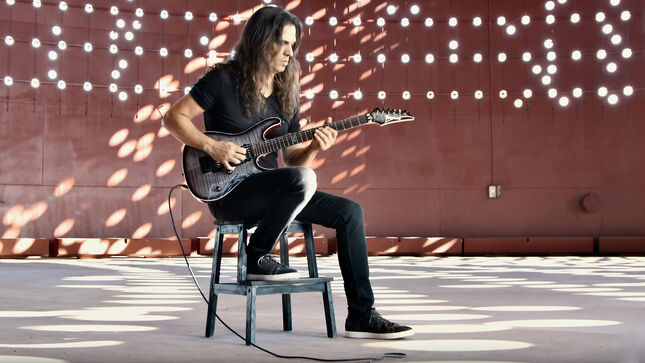 Megadeth guitarist, Kiko Loureiro, has released a playthrough video for "Liquid Times", a track from his Open Source album. Watch below:

ICYMI: In April 2015, it was announced that Kiko Loureiro had joined Megadeth, replacing Chris Broderick. Kiko prepared four videos to send Megadeth for the audition, and all four clips can now be seen below: