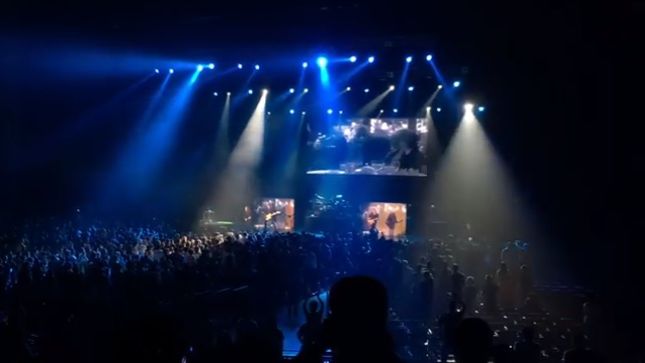 Following the Dystopia World Tour kick-off at Beijing, China’s MasterCard Center on October 6th which ended abruptly after an hour, Megadeth performed at Shanghai Indoor Stadium in Shanghai on October 8th and gave the crowd an uncensored, full-on thrash feast of their greatest hits except one!

According to Shanghaidaily.com, “The friendly tone was kept through the stage banter with front man Dave Mustaine in high spirits, good-naturedly teasing a chanting crowd that the band couldn’t play ‘Holy Wars’.”

Check out “Symphony of Destruction” below:

Later this month, Megadeth will embark upon a tour of Australia with special guests Children Of Bodom.