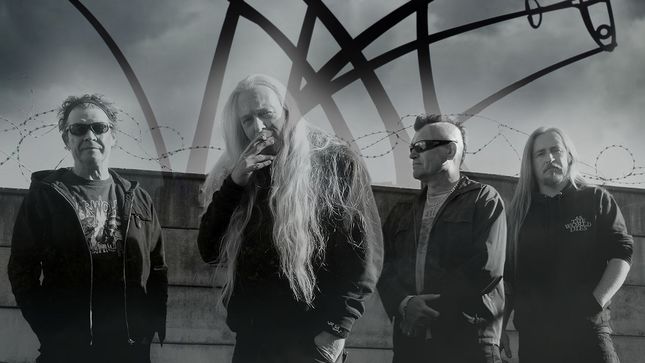 The legendary death metal tank Memoriam have just entered the studio to record their fourth album To The End. This album will feature the bands new drummer Spike T Smith.

The band state: "Andy (Whale) has had to step down from the drum stool permanently due to a long term shoulder injury that is just not getting better whilst playing drums. He did not take the decision lightly and tried to carry on but it affected him so badly playing that he had no choice but to retire from playing for the foreseeable future. Bringing Spike into the fold reunites the rhythm section of Sacrilege. Frank and Spike have worked on and off together since the mid-eighties so he fits in very well with Memoriam. The album will showcase his immense drumming skills and he brings in a whole new dynamic to the band’s sound. We cannot wait for you to hear him on the finished album.”

The album reunites the band with renowned producer Russ Russell at Parlour Studios where the band recorded their previous album Requiem For Mankind.

The band adds: "After working with Russ on our last album and the resulting magic he weaved for our sound it was a no brainer to continue our working relationship with him, he really is an essential cog of the Memoriam machine."