METAL CHURCH Issue Statement On MIKE HOWE's Suicide - "Our Brother Was Hurting And While He Was Seeking Medical Care, The Treatments He Was Utilizing Did Not Protect Him... Otherwise He Would Still Be With Us Today" 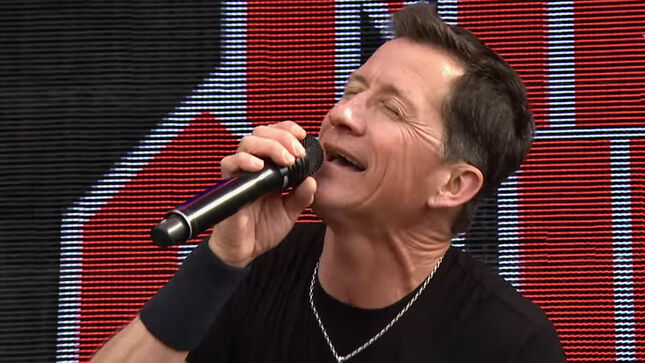 Metal Church vocalist Mike Howe was found dead at his home in Eureka, California on Monday, July 26. TMZ reported that that Howe took his own life, according to police who found his body, and the Humboldt County Sheriff's Dept. said that Mike's official cause of death was determined to be asphyxia due to hanging, with authorities officially calling it a suicide.

Earlier today, Metal Church issued a since-deleted statement responding to the TMZ report, suggesting Howe "was victimized by a failing health-care system and subsequently poisoned by the venom of Big Pharma. In short and in essence, he fell prey to the real 'Fake Healer'... enough said."

The band has since posted the following: "Concerning our recently deleted post addressing the news that Mike’s passing was a suicide, we wanted to dispel any misconceptions that might have arisen from certain media reports. In our efforts to do that, our attempts at honesty created a narrative that fell outside our purest of intentions. We were in no way, shape or form referring to anything in relation to vaccinations, COVID or politics. We were saying our brother was hurting and while he was seeking medical care for it, the treatments he was utilizing did not protect him. Otherwise, he would still be with us today.

"If you knew Mike Howe, then you knew he was a truly good human being who loved his friends, his family and his many fans around the world. He would always go the extra mile to make someone feel good and he would always give you the shirt off his back if you needed it. We ask that you remember Mike in that way and for the amazing metal music he created.

"This is an extremely difficult time for everyone who knew Mike personally and those that knew him through the music. We are all still processing the loss of our brother. We apologize that the original statement was misunderstood or created an incorrect dialog. We ask that you please stop attacking each other in relation to Mike’s passing and Metal Church. We ask that you take that energy and use it to keep Mike’s memory alive by sharing the music he created while he was with us. We want Metal Church music to bring people together as it has over the years and not be divisive.