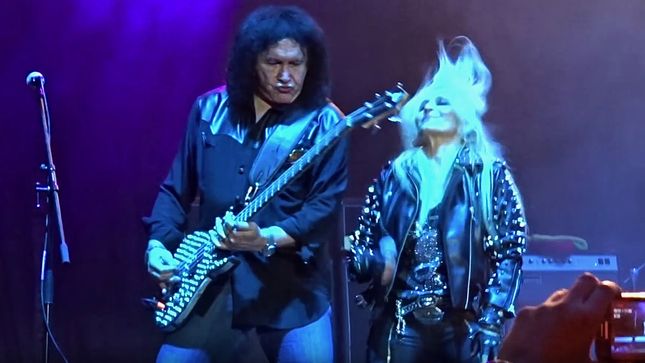 Doro leader and namesake Doro Pesch joined KISS singer/bassist Gene Simmons on stage during his performance yesterday (Sunday, July 15th) at Masters Of Rock 2018 in Vizovice, Czech Republic. Video footage of their performance of "War Machine", featured on KISS' 1982 album Creatures Of The Night, can be seen below:

"There are some big anthems on the album, countless heavy songs, as well as heart-warming melodies! The album is supposed to give you power and thus contains a lot of energy!", says the metal queen.

The album cover artwork was once again created by Doro's favourite artist, Geoffrey Gillespie. It portrays Doro in the middle of a swarm of wild metal heads exuding attitude, power and positive vibes. "The cover and the title form a perfect unit," Doro explains, "Just as it should be. It all fits perfectly in line with the songs, which also deal with some political themes." 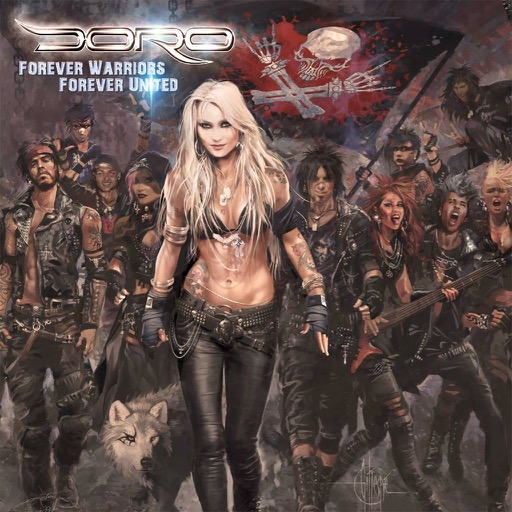 Doro continues: "On Forever Warriors, Forever United, there will be a lot of big rock heroes. Fans might be curious about the many awesome guest musicians involved. There are some big anthems on both albums, countless heavy songs, as well as heart-warming melodies! The records are supposed to give you power and thus contain a lot of energy."

"Lift Me Up" lyric video:

"All For Metal" video:

"Fight Through The Fire":

"Living Life To The Fullest": 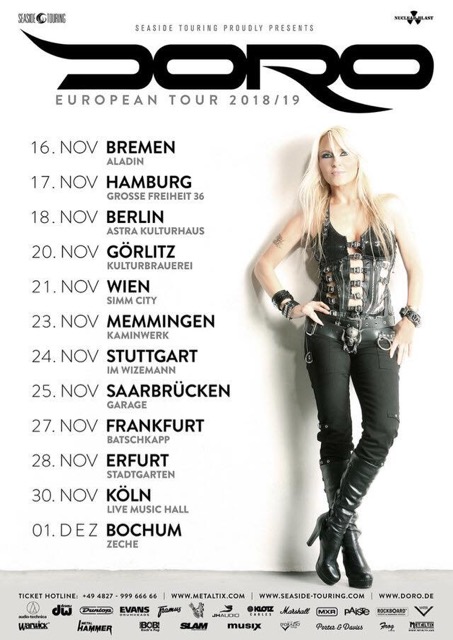