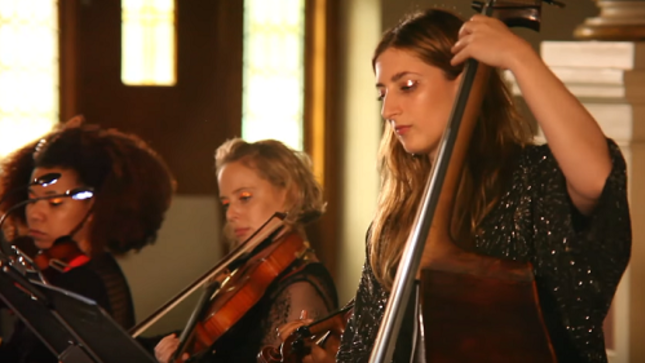 Little Kruta has just released a video, available below, in which they cover Metallica's "The Shortest Straw".

In 2019, Little Kruta partnered with jazz label Chesky Records and arranger Pierre Piscitelli to recreate one of the most iconic metal albums of our time, Metallica’s …And Justice For All with an ensemble of entirely women. Featuring some of New York’s most versatile vocalists (Camille Trust, Jenn Mundia, Alita Moses, and Lauren Desberg) they recorded this entire album in an 180-year-old church in Greenpoint, Brooklyn in just one day. The result is a thoughtful, genre-bending, absolutely gorgeous work of art. The Grammy nominated album, Justice, is now available to purchase / stream at this location.

"Blackened"
"...And Justice For All"
"Eye Of The Beholder"
"One"
"The Shortest Straw"
"Harvester Of Sorrow"
"The Frayed Ends Of Sanity"
"To Live Is To Die"
"Dyers Eve"