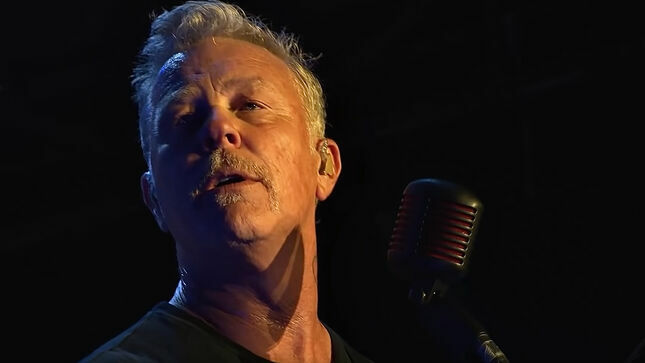 Metallica’s 1986 thrash metal classic “Master Of Puppets” has gained new life 36 years after the album of the same name was release after being featured Netflix’s hit series Stranger Things. The popularity of the 1986 song brought it to the Billboard Hot 100 chart for the first time ever in the band's career.

For Halloween this year, Metallica frontman James Hetfield dressesd as Eddie Munson, the Metallica-loving Eddie Munson on the show. Check out the Instagram photo below.

“Master Of Puppets”, originally released in 1986, was given a second run at life thanks to Netflix’s hit original series. 36 years on, zoomers are all over Metallica’s iconic heavy metal track. The first-ever metal song to be selected by the Library of Congress for preservation, it’s now being preserved in streaming charts the world over.

Variety reports that the Stranger Things music supervisor, Nora Felder, explains that executive producers Matt and Ross Duffer — a.k.a. the Duffer brothers — had woven the song into the script during pre-production.

“It was another one of those ‘it has to be this song,’ moments,” Felder says. “This part of the story was anticipated to be a pivotal and especially hair-raising scene in which Eddie heroically stood tall for the fight of his life. I believe the Duffer Brothers felt that playing ‘Master Of Puppets’ throughout the extended scene was the clear choice. No other song was discussed further, and we jumped in to clear it straight away."

When it came to securing the needle drop, all clearances had to go directly through the band. She says, “I got in touch with Metallica’s management office and carefully went over the scene and what the intent would be. I knew the clearance would be taken seriously as we had used one of their songs (‘The Four Horsemen’) in season 2 and had learned at that time that they were fans of the show. ‘Master Of Puppets’ is a pretty significant song in their catalog, and I think it’s considered a favorite in their live shows. I wanted to be respectful in making sure that Metallica fully understood what context the song was being used in, plus how integral it was to the scene and for this exciting new character, Eddie Munson, who no one had met yet in previous seasons.”

The band signed off on the pitch.