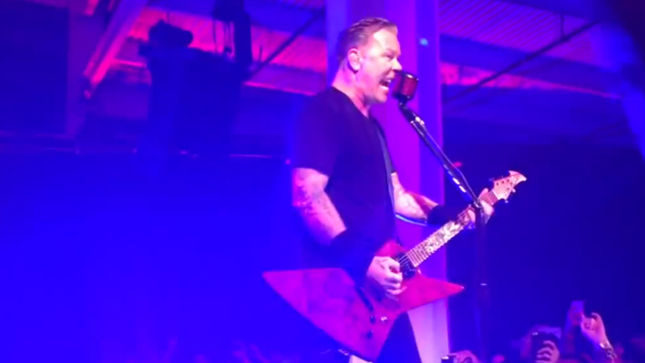 According to an interview conducted by TheWeeklings.com, authors Paul Brannigan and Ian Winwood are quoted in their new book on Metallica, Into The Black, saying the band is losing money due to "terrible financial decisions." Folliwong is an excerpt from the discussion:

TheWeeklings: Quote from Into the Black: “Since 2010 it’s likely that Metallica have lost more money than they’ve made.”

A: "Well, over the past five years Metallica have embarked upon a variety of vanity projects that haven’t exactly brought home the bacon. By their own admission, the two stagings of the Orion festival were disastrous financially, and the shambles that was the Through The Never movie cost $32 million and will only recoup a fraction of that amount. Factor in HQ staff salaries, crew retainers and assorted running costs associated with maintaining an entertainment corporation and you can easily understand why the band – of necessity now rather than by choice – are driven to tour Europe every summer. No one is going to shed any tears upon hearing Metallica pleading poverty, but over the past decade their margins will undoubtedly have taken a hammering."

A: There’s a line from 'Damage Inc.' on Master of Puppets which runs 'Honesty is my only excuse..,' and many of what outsiders might regard as Metallica’s missteps, if not outright mistakes – from Lars Ulrich’s bullish campaign against Napster through to Lulu and Through The Never – have stemmed from their own bloody-mindedness. It’s hard to fault a band that (largely) operates on such principles however, so I’d be loathe to label these decisions as 'blunders.' When Metallica mistrust their own instincts however, they falter, and increasingly in recent years that’s made them look at best infallible and at worst dishonest. The whole Through The Never film project was a horrible misjudgement, a misguided attempt to breathe new life into a decade-old idea. As the film spiraled horribly over-budget it’s hard not to imagine that at least one band member – and let’s be honest, we’re talking about James Hetfield here – thinking 'What the fuck have we got ourselves into?' Quite how that 'script' ever got the green light is an unfathomable mystery."

Metallica are offering a free download of their complete show from February 9th at Pier 48 in San Francisco, CA. The band performed at the corporate gig for cloud computing firm Salesforce.com. Fly-on-the-wall footage shot by the MetOnTour reporter can be seen below. Footage includes the band warming up in the Tuning Room, and "Welcome Home (Sanitarium)" from the show.

“Nothing Else Matters”
“Enter Sandman”
“Creeping Death”
“Seek and Destroy”