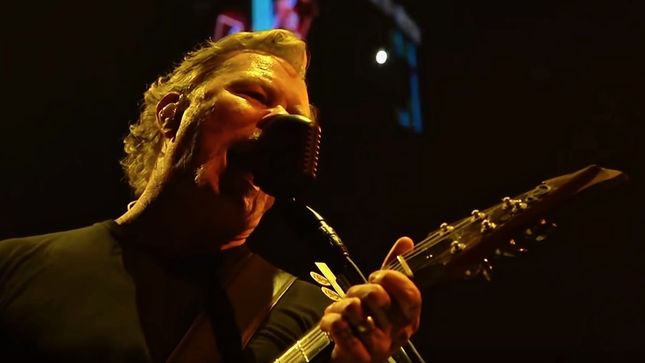 Footage from Metallica's performance at the I Am The Highway: A Tribute To Chris Cornell celebration at The Forum outside of Los Angeles, CA on January 16th can be seen below. Watch the band perform Soundgarden's "All Your Lies", and "Head Injury". 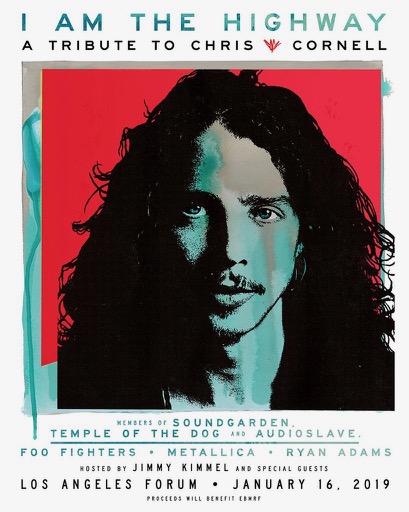 This gig was a celebration of the life and music of Chris Cornell and benefitted the Chris and Vicky Cornell Foundation as well as The Epidermolysis Bullosa Medical Research Foundation, a nonprofit dedicated to raising funds and awareness for this painful and debilitating genetic disorder. This was one of the causes that Chris cared deeply about and supported through his commitment to helping others.

Metallica's complete tour schedule, which stretches into August, can be found at this location.

Metallica frontman James Hetfield tops off the coveted ensemble cast of the upcoming thriller, Extremely Wicked, Shockingly Evil, And Vile (Voltage Pictures). The film follows the relationship between notorious serial killer Ted Bundy, played by Zac Efron, and his longtime girlfriend, played by Lily Collins, who at the time, had no knowledge of the crimes. The movie had it's premiere at the Sundance Film Festival  on Saturday, January 26th. An official teaser video can be found below.

Hetfield portrays Officer Bob Hayward, a no-nonsense Utah highway patrol veteran who was the first law enforcement officer to arrest Bundy in 1975 after pulling the killer over and discovering burglary tools in his car but wisely suspecting much worse. While James has played himself in other films and television productions, this will be his first dramatic role taking on a different character.

Academy-award nominee Joe Berlinger (Paradise Lost) directs. Hetfield and Berlinger have crossed paths before when the latter directed and produced the seminal rock-doc Metallica: Some Kind Of Monster along with the late Bruce Sinofsky. Berlinger also penned a book about his experiences with the band, Metallica: This Monster Lives.

"Having spent hundreds of hours behind the scenes with James and the rest of Metallica, I have experienced his charisma and powerful presence close up," says director Joe Berlinger. "It seemed only natural that he would bring that same power and magnetism to a dramatic role, so when he agreed to my pitch that he be in the movie, I was thrilled."

“1969. Ted (Zac Efron) is crazy-handsome, smart, charismatic, affectionate. And cautious single mother Liz Kloepfer (Lily Collins) ultimately cannot resist his charms. For her, Ted is a match made in heaven, and she soon falls head over heels in love with the dashing young man.

“A picture of domestic bliss, the happy couple seems to have it all figured out … until, out of nowhere, their perfect life is shattered. Ted is arrested and charged with a series of increasingly grisly murders. Concern soon turns to paranoia—and, as evidence piles up, Liz is forced to consider that the man with whom she shares her life could actually be a psychopath.

“This is the story of Ted Bundy, one of the most notorious serial killers of all time. Collins shines as Liz, while Zac Efron gives a performance that could redefine his career. Renowned filmmaker Joe Berlinger, best known for his true-crime documentaries, proves to be the perfect match to bring this Extremely Wicked, Shockingly Evil and Viletrue story to the screen.”