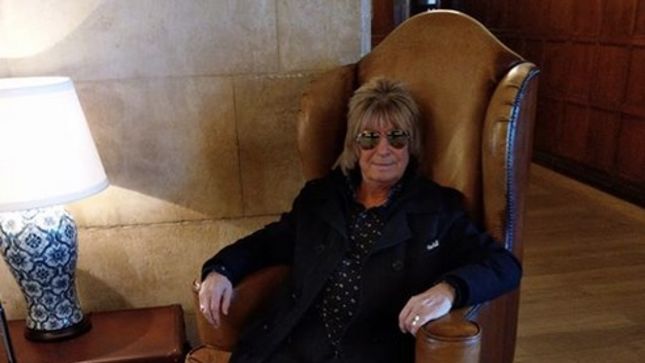 Legendary UFO keyboardist/guitarist Paul Raymond died from a heart attack on April 13th at the age of 73. His life partner Sandra has written the following on Facebook:

I love you so much Paul. Sandra.”

Former UFO bassist Pete Way, who also recruited Raymond in 1982 for his band Waysted, has posted the following message in the wake of his passing along with other members of the rock and metal community.

R.I.P. PAUL RAYMOND I was a big UFO fan as a kid- Paul’s grinding B3 on “LIghts Out”, and his gorgeous Rhodes work on “Love To Love” inspired me- The piano section in the DT song “Lines In The Sand” is derived from “Love To Love” 🙏 R.I.P. Paul pic.twitter.com/e65gGh00Oo

Absolutely gutted. #PaulRaymond performed and wrote on some favourite albums ever with UFO and MSG (Michael Schenker Group). A truly brilliant musician. Really underrated. Sad day for rock’n’roll. We are losing all the original heroes one by one. 😥
R.I.P. Paul Raymond. 🎼 pic.twitter.com/JKFp51KILU


In July 1976, Paul Raymond was enlisted by UFO from Savoy Brown to make 1977's Lights Out and had various stints with the band until their current 50th anniversary tour.