MIKE ORLANDO On Resurrecting ADRENALINE MOB - "We've Been Through So Much Pain, It's Tough To Get Over; I Don't Know" 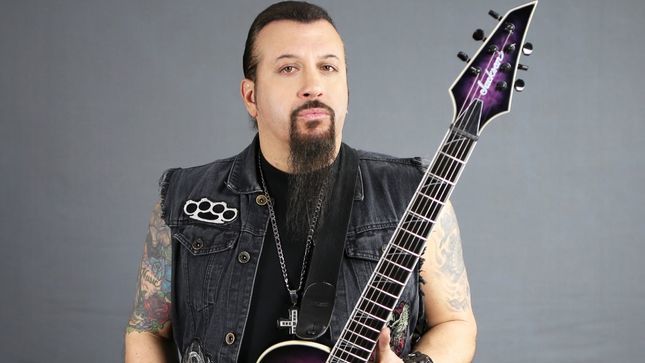 Asked whether adrenaline mob will resurface at some point, Orlando offered the following:

"I don't know. We've been through so much bad times and so much hurt, so much just pain. I mean, it's still ongoing. I'm going in, this Friday, for my fourth procedure on my neck, so it's still fresh. I just don't say anything. I just keep trying to move forward, and I'm happy to still be here and be breathing from that horrific accident. I love Adrenaline Mob. It's my baby. I loved it. It's incredible music. Russell Allen is an incredible singer, and all the guys that we've had... the amazing Mike Portnoy, and all the guys in the band. It's been great, but then there's been so much bad. So it's tough to get over."

Check out the full band perforance of "Burn" below.