MINDMAZE Streaming New Track “Back From The Edge” 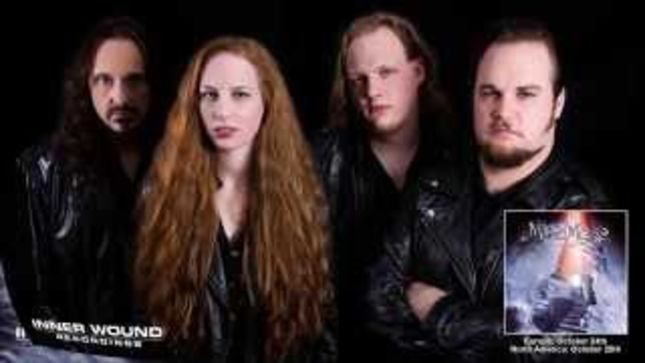 The title track from the upcoming Mindmaze album Back From The Edge is now streaming.

Back From The Edge will be released on October 24th in Europe and October 28th in North America through Inner Wound Recordings.

Despite praise for the songwriting on their debut album Mask Of Lies, the band has strived harder than ever to craft amazing songs filled with first-class musicianship, memorable hooks, and powerful melodies and riffs. The new album sees the band moving further towards forging a strong identity rather than borrowing little bits and pieces from all over their map of influences.

Mike LePond (Symphony X) performs bass on all tracks on Back From The Edge. The artwork was created by Carl-Andre Beckston (Seventh Wonder, Harem Scarem, Brazen Abbot). Legendary Stratovarius keyboardist Jens Johansson lends an expectedly awesome solo and harmony to the progressively-tinged track "Moment Of Flight".

Back From The Edge tracklisting:

Back From The Edge can be preordered at the Inner Wound Store.