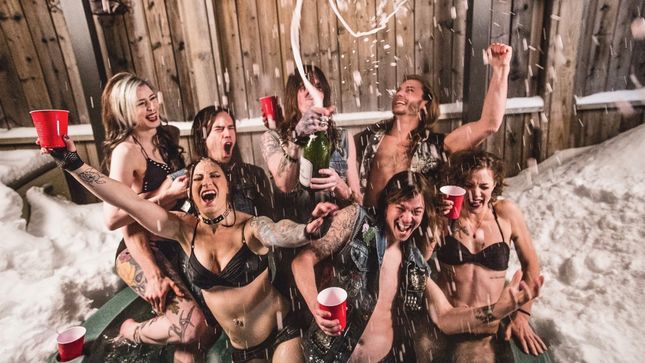 Mokomokai have released their latest music video, for their track "World Of Sorrow", from the 2018 release Shores Of The Sun.

Taking a new age hard rock sound with a taste of some old school influences such as Diamond Head, Judas Priest, Motörhead, and Black Sabbath, Mokomokai’s explosive lineup starts with originals John Ellis on high-octane guitar and Halfordesque vocals matched by the heavy bottom of bassist Jermy Pastic along with Bobby Deuce (of east coast heavyweight quartet Iron Giant). Mokomokai recently firmed up their assault with the addition of JJ Tartaglia (of renowned Toronto bands Skull Fist and Final Trigger).

The music video for the track "World Of Sorrow" is incendiary and artistic capturing the well-refined range of the vocals alongside the bluesy bass lines, and tight guitar work that rounds out into a gripping heavy rocking ballad.

Stepping it up from inner-city Toronto, Canada by way of the province of Ontario’s pastoral Lakeland frontier of Peterborough, Mokomokai is a hard-rocking foursome whose thundering stage assault has set the Canadian rock and metal tour circuit alight since first forming in 2011.