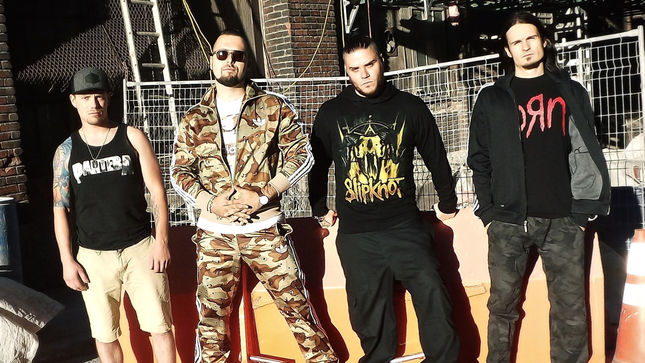 Keychain recorded their debut EP, Breaking Out, with renowned producer, mixer, and engineer Glen Robinson (AC/DC, The Rolling Stones, Gwar, Voivod, Annihilator, and Slaves On Dope). The recording was mastered by legend, Howie Weinberg, whose over 30 year career includes bands like Limp Bizkit, Sevendust, Deftones, Chevelle, and Disturbed. Breaking Out will be available, worldwide, September 1st. Pre-order here. A music video for the track “Prime Time” can be seen below.

Commented Robertson, “The instant I saw the music video for “Prime Time” I knew I had to work with Keychain. It slams! I just knew this band was going somewhere. They have soul and passion and an undeniable groove. All four members quit their jobs to do a North American Tour. I can respect that! That’s how you know these guys are beyond dedicated.”

Keychain will embark on a six-week North American Tour in support of their debut release. Find the band’s live itinerary at this location.