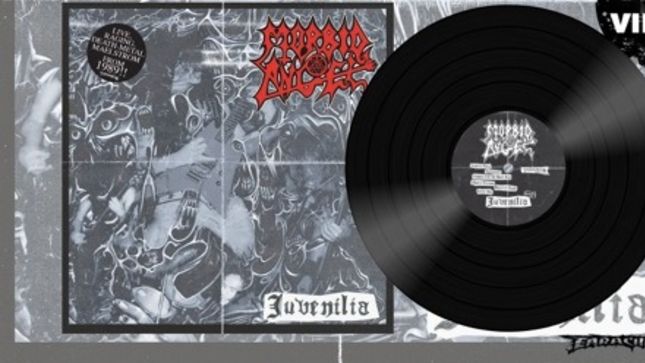 World Entertainment Inc. and Morbid Angel would like to announce that in support of Record Store Day 2015, and with help from their friends at Earache Records, the original Live Show recorded at Nottingham’s Rock City on November 14th, 1989 will be released as a special 12” vinyl release.

This release is limited to 1500 pieces and will be entitled Juvenilia.

"Yes I think Juvenilia says it all; works of one's youth; early works of an artist or author" - Trey Azagthoth

Juvenilia will hit stores in the UK /EU only* on April 18th.

*Some small amounts will be available via the Earache Webstore.