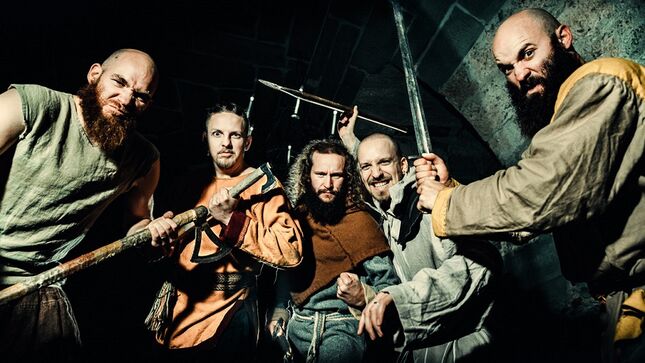 The Swiss folk/black metal band Morgarten just released a video for "Die Or Fight", taken from their new album Cry Of The Lost.

Cry Of The Lost is available now on CD, limited vinyl and digital via Inner Wound Recordings.

In search of battles and victories Morgarten has been touring Europe since 2005. Besides several short European tours Morgarten appeared on international festivals, like Occultfest (NL), Brainstorm Festival (NL), Devils Rock For An Angel (BE), Mannried Open Air (CH), Winter Armageddon (DE) and Rise Of Trolls (BE). Also the band was asked as opening-act for Finntroll on their visit to Switzerland in 2018.

The result is a high quality release that will please fans of bands like Ensiferum, Eluveitie and Wind Rose. Morgarten proves to be the leading folk- and black metal band from the French speaking part of Switzerland and with their new album Morgarten is ready to march upon the European battlefields once more.