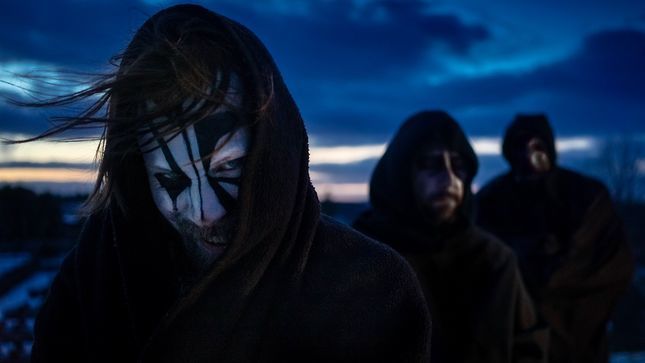 Legendary Swedish black metal formation, Mörk Gryning, are reissuing four of their previous full-length albums in vinyl and digipak formats, including their seminal debut record. The following records will be available:

With the reissue of Burning Fire the band has uploaded the official video for "Supreme Hatred"- Check it out below.

Mörk Gryning released their new album, Hinsides Vrede, via Season Of Mist on October 23rd, making it the band's debut to the label. The band are streaming the album in full below.

"We are proud to finally present our new album Hinsides Vrede in its entirety to you," comments founding member Goth Gorgon. "It's forged by the elements of our past which have matured during our 15 years break. It's an opus of rage and fury of the world beyond."