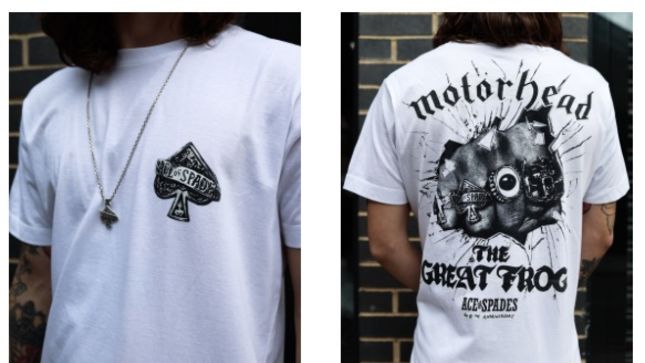 The Great Frog - who have been began making distinctive silver jewellery from their small ominous black shop in central London nearly 50 years ago - have launched  an exclusive Motörhead Ace Of Spades anniversary pendant and t-shirt.

The Great Frog states: “Limited to only 100, each pendant is individually numbered and is a true collector's item. We're also releasing a limited-edition T-shirt which is available for sale online now. We expect these to sell out, so grab one while you can! When they're gone, they're gone.”