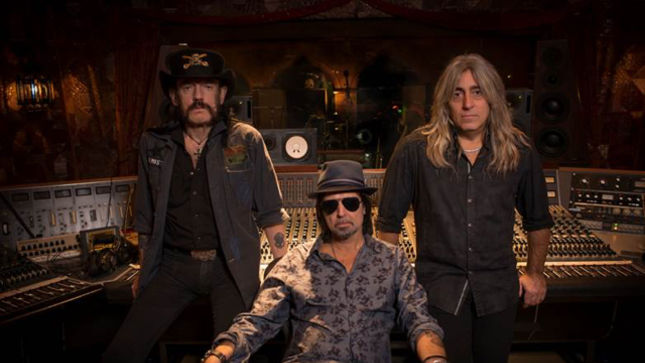 On November 27th, Motörhead were forced to cancel their show in Berlin, Germany. The band issued the following statement:

“With great regret, Motörhead have to cancel the sold out show in Berlin today, November 27th. Our brother, guitarist Phil Campbell suddenly required hospitalization. He will be better soon but there is no choice other than to cancel our show in Berlin. We all wish Phil a speedy recovery.”

Unfortunately, Motörhead were forced to cancel their November 28th show in Hamburg, Germany due to Phil Campbell's continued hospitalization. Drummer Mikkey Dee has posted a video update here stating that Campbell is "recovering very well." He advises that fans hold on to their tickets, as the postponed Hamburg show is now taking place on December 9th and the rescheduled Berlin show on December 11th.

On November 20th, Motörhead frontman Lemmy was a featured interview on the German TV network ZDF's program, Aspekte. A clip from this chat with Lemmy weighing in on the November 13th terrorist attacks in Paris has been making the rounds; below is the complete interview: