Music Promotion Veteran RICHARD ALLAN "DICKIE" KLINE Dies At 82; "He'll Be Forever In My Thoughts As One Of The Greatest And Funniest," Says FOREIGNER's MICK JONES 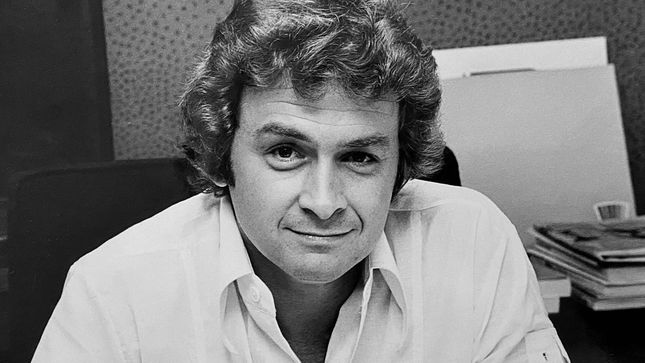 Richard Allan “Dickie” Kline, a record industry pioneer and executive whose facility in promotion and artist relations in the1950s through the 1980s were instrumental in breaking some of the era’s biggest names in rock, R&B and pop, died on November 3, 2020. He was 82 years old and his death was due to natural causes, according to members of his family.

Self-assured and fast-talking, Kline’s four-decade career reached its zenith when he served as a Senior Vice President at Atlantic Records as the head of the label’s radio promotion efforts, which yielded sustained airplay and success for such artists as Crosby, Stills, Nash & Young, YES, Led Zeppelin, Genesis, Eric Clapton, Bette Midler, The Spinners, ABBA, Roberta Flack, and many others. His work with newly signed band Foreigner in 1976 laid the foundation for the band’s phenomenal success that over the years yielded sales in excess of 50 million albums.

“I’m so fortunate to known and worked with [Dickie] through those Golden Years at Atlantic,” said Foreigner’s Mick Jones. “[He’ll] be forever in my thoughts as one of the greatest and funniest.”

Born in 1938 and raised in Brooklyn, New York, Kline landed his first job in the music industry in 1958 as a sales rep for Syd Nathan’s King Records alongside future industry shakers Bob Krasnow and Seymour Stein.  He later worked at Walt Disney Records and then at London Records, before being recruited by executive Jerry Wexler to join the Atlantic team in 1967.

Known as “Dickie” to friend and business associates, Kline was critical to the success of Atlantic partner’s Stax/Volt Records artists Wilson Pickett, Sam & Dave and Otis Redding, as well as Atlantic’s roster of artists including The Bee Gees, The Rascals, Cream and Aretha Franklin.

“Dickie and I both joined Atlantic Records in the late 60s, both hired by Gerald Wexler . We both came from record Promotion and we worked very close together breaking Atlantic artists,” remembered Jerry Greenberg, former President of Atlantic Records.  “Managers and artists all loved Dickie because they knew how hard he worked for all of them. He was one of the best national promo guys in the biz and like another brother to me. Everyone at Atlantic loved him.”

During the spread of the civil rights movement, Kline’s work in radio promotion in the South, particularly with such talents as Ray Charles, Isaac Hayes, James Brown and other artists of color, found him not just breaking through to resistant radio programmers but also up against segregation and racism. And, for the New York-born Jewish Kline, anti-Semitism, as well.

“In my over 50 years of knowing him, I learned more about record promotion from him than anyone else I met,” said artist manager Daniel Markus.

Honored as Billboard Magazine’s Trendsetter of the Year in 1975, Kline became General Manager of Polydor Records in 1978, leading the label to success with hits from Gloria Gaynor, Peaches & Herb, Alicia Bridges, Atlanta Rhythm Section, Blondie, 10cc and Benny Mardones, while helping to develop such up-and-coming artists as Michael Bolton and Cindy Lauper. He later served as president of the independent label Radio Records, signing Dutch sensation Stars On 45, whose Beatles medley shot to #1 on the Billboard Hot 100 in June, 1981.

Talent manager Shep Gordon said, “Dickie forgot more about how to make a hit record than I ever knew. A fiercely loyal friend. He will be missed by many.”

So proud and loving of his family and friends, Kline is survived by his sister Julie; his sons Jeff, a pioneering e-commerce retailer; Jason, a geologist; and Steve, the COO of New York-based record label group Better Noise Music; his daughter-in-law Andrea and grandchildren Amanda and Jaron.

The family is planning a virtual celebration of life for Dickie at a date to be determined.  He was always concerned for those who were elderly and homeless, so in lieu of flowers, please consider a donation in Dickie's memory to the National Coalition for the Homeless (donatenow.networkforgood.org/nationalhomeless).  This organization advocates for increased public investment in affordable housing, services, and resources for housing stability.