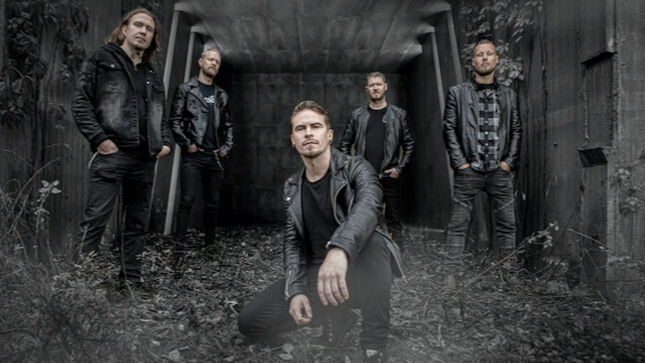 MyGrain have released a video for "The Nightmare", the opening track of the band's  fifth album, V, available via Reaper Entertainment. Created by Timo Honkanen from death.illustrated.net, the video animations together with singer Tuomas "Tommy" Tuovinen's performance capture the feeling of the song perfectly.

The band states: "We're proud to finally present the visualization for the furious and hard hitting opening track 'The Nightmare' from our new album V. The video was shot and created by our visual mastermind Timo Honkanen | death-illustrated.net. Also special thanks to our long time friend Toni Salminen | metalscope.fi for additional camerawork! So, without further ado, let's kick off this wintery week with 'The Nightmare', MyGrainiacs."

"Out Of This Life" lyric video: