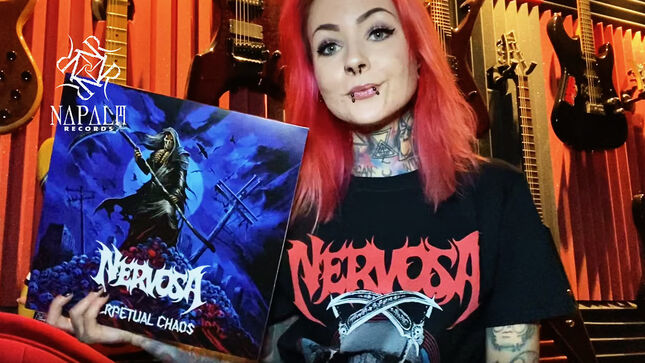 Nervosa have released an unboxing video for the vinyl edition of their upcoming new album, Perpetual Chaos, out January 22 via Napalm Records. Watch  below: