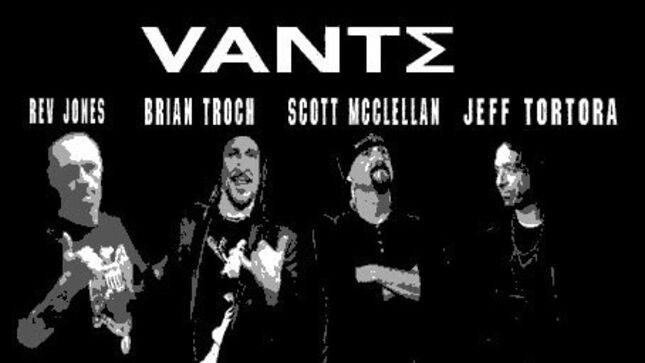 "This band is turning out to be awesome my friends," says Vante frontman Brian Troch. In addition to Troch (Cyclone Temple, Elliott Waits For No One , Shooting Hemlock) on vocals, Vante featrues Rev Jones (Michael Schenker Group, Steelheart , Mr. Big) on bass, Scott McClellan (Brutal Intentions, Brotherhood Of Spine, Army Of Souls) on guitar, and Jeff Tortora (The Blue Man Group , Elliott Waits For No One) on drums.

Vante is currently writing a full length Album. "Keep your eyes and ears open," declares Troch. "This is in the works my friends. The lineup is proving to be very cool with all the creative players & all writing songs, so many years of experience from each individual player involved, all open minds. And everyone gets along very well & that alone is what makes Vante an awesome experience. Love to all. We look forward to bringing some cool songs your way. All rock and hard rock with a touch of metal."