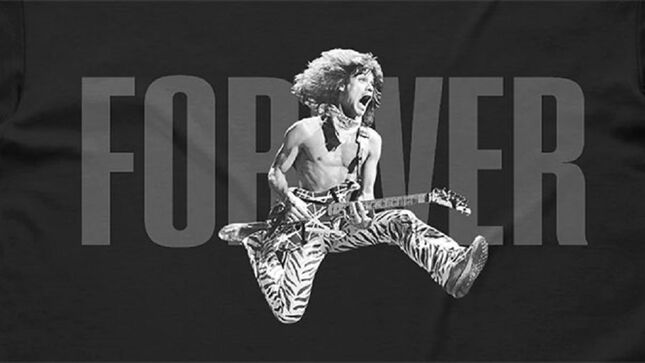 The new “Forever” line consists of a new tee, long sleeve, and hoodie. 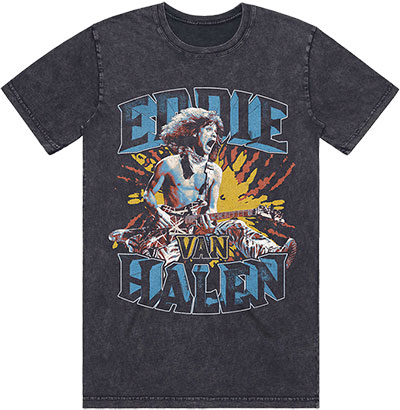 The new “Vintage Eddie” design is offered on a mineral washed tee and vintage baseball jersey. These have the look and feel of your favorite concert souvenir from the ‘80s, perfectly soft and worn and cherished for decades. Shop the collection here.

Guitar World recently published a collection of quotes from Eddie Van Halen starting in 1981 and ending with a 2016 Guitar World interview. He discusses everything from Debussy to David Lee Roth’s first solo outing, from "Eruption" to "Spanked", from college to Clapton, from his "Black Sabbath funk" to his beloved EVH guitars and amps.

Following is an excerpt from the feature.

Eddie: "On stage, it's different… that’s my world, my life. I don’t have to deal with being accepted by jocks or bikers or that in high school. The band is a family and I’m accepted in that family. That’s what made me get into guitar, because I felt like I had nothing to lose. If I couldn’t play guitar, I’d be pumping gas. I mean, I got a low IQ. When everybody graduated, all the rich guys going, 'Hey, which college are you going to?' and I’m going 'College?!? I just went straight back home, locked myself in my room, played guitar, wrote songs, and hoped to God I got somewhere.'"

Eddie: "The 'half cover tunes' (Diver Down) pisses me off, ’cause at the time I had enough music of my own. You know that Mini-Moog riff that opens 'Dancing in the Street'? I’d written that for my own song, but everybody wanted it for 'Dancing in the Street'. I said, 'What?' So that’s why I built my own studio. Put it this way: I’d rather bomb with my own songs than make it with someone else’s. I don’t buy the philosophy of 'If you redo a proven hit, you’re halfway there.' That way, you’re not there. I’ve played enough cover tunes."