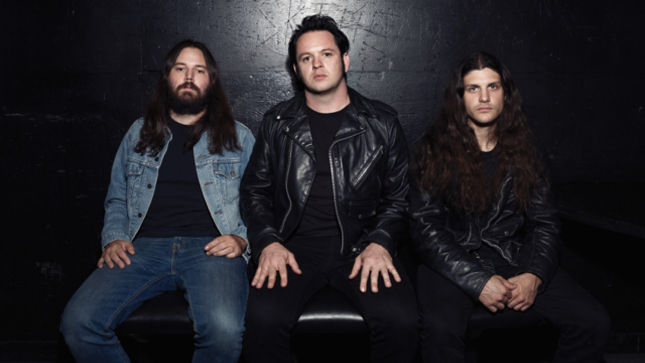 This was the 32nd year of the poll, which is an annual tradition with metal fans in Cleveland and one of Metal On Metal’s most popular programs. Listeners were asked to nominate their top three albums of 2015. Over 900 ballots were cast.

"It literally came down to the last vote”, says Metal On Metal host Bill Peters.  “We had a very close race this year.  Night Demon has a special connection with the fans here.  It was great to see some fresh new young blood take top honors this year. The future of our genre lies with our younger musicians and fans.  My friend Iron Ingo Stührenberg from Germany turned me on to these guys back in 2012 when they released their first EP  I've been a fan ever since!"

"Ironically our countdown show aired exactly one year to the day we sponsored Night Demon's first Cleveland show at the Maple Grove. It turned out to be a well-attended show, despite a January blizzard, with a very energetic crowd and totally over-the-top intense performance.   I had only booked the show a week or two earlier when I randomly bumped into the guys at Tim Owens' 'Ripper's Rock House' in Akron.  The band was on tour passing through Ohio from upstate New York to Chicago. They added the date to their itinerary on an off day that was separate from their touring package.  We promoted it heavily on the radio and kept the admission price low.  The rest is history.   Night Demon won over Cleveland that night!  Fans responded with their support.  It was truly the power of fate.  Sometimes the best things in life are unplanned."

"2015 has been a crazy year for us", says Night Demon frontman Jarvis Leatherby.  "More than three quarters of the time spent on the road, and the remainder writing new material, putting on our own festival, producing compilations for our record label, and constantly working on the evolution of Night Demon.

"When we first came to Cleveland and the Northeast Ohio area, we were broke, freezing cold, and looking for a place to go.  Anywhere that would take us, really.  It's amazing to think that 14 months later, we would be accepting the honor of being awarded the number one album of 2015 by popular vote from Bill's legendary Metal On Metal radio show in Cleveland!
"It's always a special event when Night Demon comes to our second home.  We have really identified ourselves as a band with the hard working, no nonsense attitude of the metal scene out there.  We appreciate and accept this honor with the highest respect for our fans in Cleveland!"