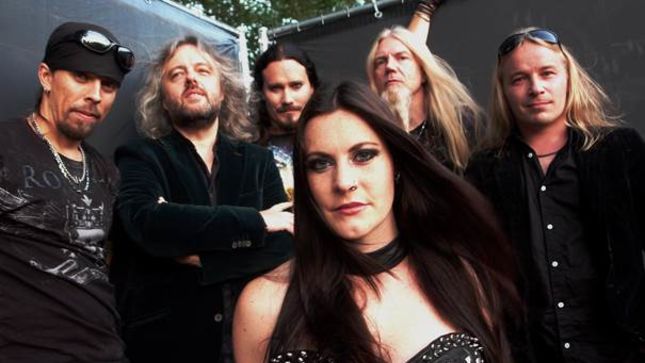 Nightwish are currently working on their new album, along with producer Tero “TeeCee” Kinnunen. The yet-untitled creation will be the first Nightwish studio-record to feature Dutch vocalist Floor Jansen. Longtime drummer Jukka Nevalainen will sit out on the recording sessions due to health issues; Kai Hahto (Wintersun, Swallow The Sun, Trees Of Eternity) will replace him. It’s set for a release in spring 2015 via Nuclear Blast.

The band have released the fourth album trailer called The Beginning Of The Summer Camp.

Nightwish, have announced a very prestigious show at the internationally renowned Greek Theatre in Los Angeles (known for hosting artists such as Robert Plant, Ringo Starr, Elton John, Paul Simon, and the Talking Heads) this upcoming May 1st, 2015.

Equal parts cinematic storytelling and gothic symphonics, Nightwish continue to expand the breadth and scope of their artistic vision with each successive studio release. With more than 7 million albums sold worldwide and over 60 Gold and Platinum awards, the keyboard-driven compositions by band leader and song composer Tuomas Holopainen surpass that of some of the most dynamic film scores and work brilliantly alongside the band’s engaging and electrifying Dutch frontwoman Floor Jansen.  All told, this will be an absolutely electrifying performance and is an evening under the stars not to be missed.

Checking in from Europe‘s Land of a Thousand Lakes, Nightwish vocalist Floor Jansen shares her thoughts on the special upcoming L.A. show: "It's a great honor for Nightwish to play in this legendary theatre! A fantastic location that will surely enhance the magic of the music. We can't wait to start touring with this new album we're recording now! New and old songs, it will be special to play them live at this amazing place."

VIP Meet & Greet tickets (which includes early entry and an official tour program) for this very special night at the Greek Theatre go on sale exclusively today at EnterTheVault.com. On September 12th, tickets will be available via Ticketmaster.com.