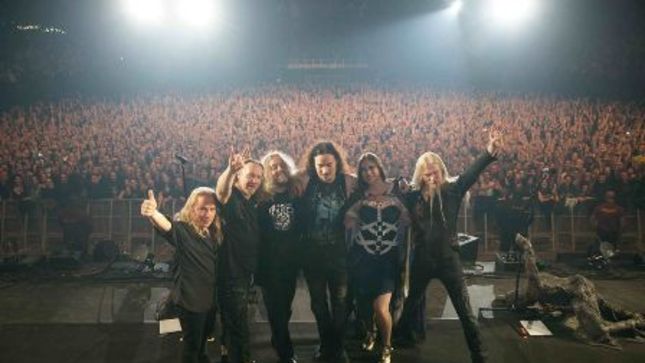 Nightwish vocalist Floor Jansen has checked in with the following update:

"First show in Australia and of 2016 was a blast! Feels great to be back on stage and to be back here, we were welcomed so warmly!!! Thank you Brisbane! Off to Sydney now, who shall we see tomorrow?"

Fan-filmed video from the Brisbane show, which took place at the Tivoli, can be viewed below.

It was reported back in November that Nightwish had sold out their biggest UK show to date, headlining the 12,000 capacity sold-out Wembley Arena on December 19th. The band made history as the first Finnish band to ever headline the venue. Metal Hammer has posted behind-the-scenes footage from the show below. Expect more footage to surface in the coming days.