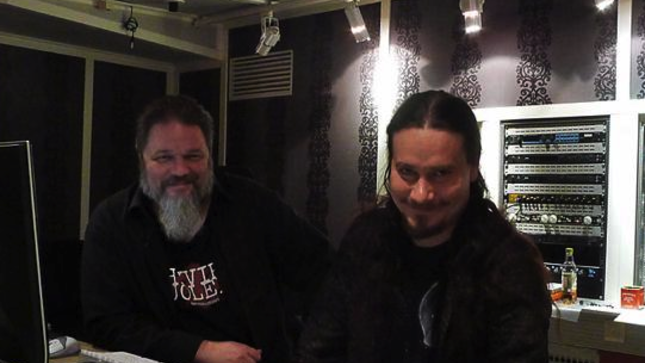 Finland-based symphonic metal storytellers Nightwish are currently working on their new album together with producer Tero “TeeCee” Kinnunen. The yet-untitled creation will be the first Nightwish studio-record to feature Dutch vocalist Floor Jansen. Longtime drummer Jukka Nevalainen will sit out on the recording sessions due to health issues; Kai Hahto (Wintersun, Swallow The Sun, Trees Of Eternity) will replace him. It’s set for a release in spring 2015 via Nuclear Blast.

They have checked in with a brief but important update:


Nightwish recently released the sixth album trailer below. Jansen describes her first impressions after moving from the Netherlands to the east of Finland. Find out what her thoughts on sauna, salmiakki, the new language and her new fellow men are:

Nightwish just recently announced their North American tour for April and May 2015. Check out all confirmed dates here: