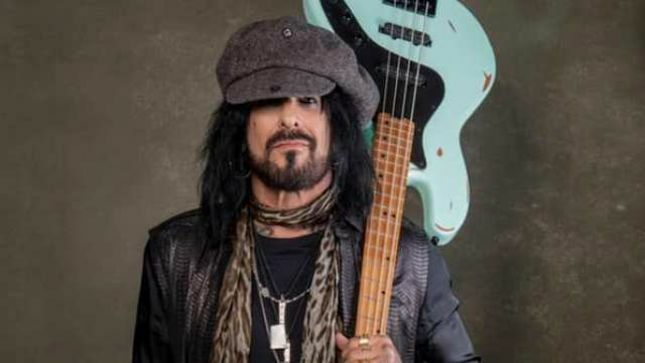 Earlier today, Mötley Crüe bassist Nikki Sixx, Rob Zombie and his guitarist John 5, along with The Dead Daisies drummer Tommy Clufetos (who previously played with Rob Zombie), all shared the following image on social media, along with the very brief message "5.21", indicating May 21st:

Rob Zombie took it a step further with an artist's rendering of L.A. Rats and the accompanying blurb: “I’ve Been Everywhere,” off the official soundtrack for #TheIceRoad is available everywhere tomorrow. Check out the movie on Netflix June 25.

"I've Been Everywhere" is a cover of a country song originally written by Geoff Mack in 1959, made popular in 1962 by Hank Snow, and again in 1996 by Johnny Cash; his version can be heard below.