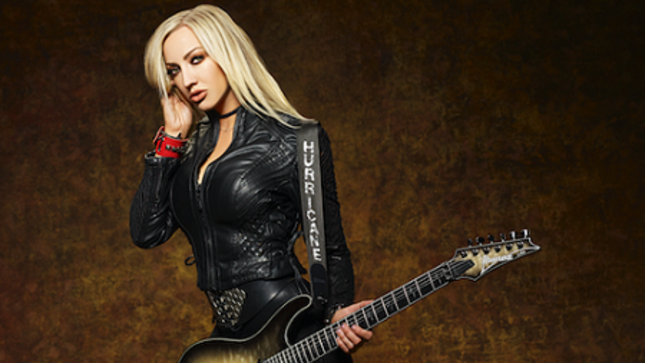 Los Angeles born guitarist, Nita Strauss (Alice Cooper, The Iron Maidens), has announced that her debut album, Controlled Chaos (Sumerian Records) will be released on vinyl on April 12th with several variants available. Nita has also announced that she will be hitting the road this spring for a run of US tour dates.

Controlled Chaos will be available on vinyl in the following color variants:

Having wowed fans across the US on her co-headline tour with Angel Vivaldi at the end of 2018, Nita has announced a new run of US tour dates. Starting in Hermosa Beach, CA on April 10th and continuing across the country with a further 19 dates culminating in Poughkeepsie, NY on June 8th.

Nita will also be playing a special vinyl release show in her home town of Los Angeles at the world famous Whisky A Go Go on April 11th with special guests Vigil Of War.