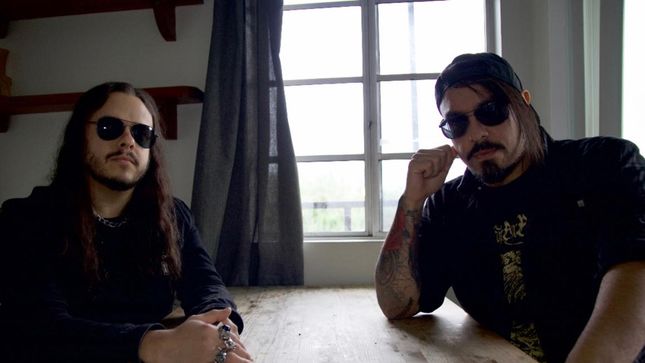 Nitesoil have released another new track from their upcoming studio EP. "Odio", which features Orange Is The New Black star and Brujeria + Alekhine's Gun frontwoman Jessica Pimentel on vocals, is available for streaming below.

Nitesoil's debut effort, Abusement Park, will be independently released on November 6. Abusement Park is available for pre-order here. 100% of all proceeds from the EP will go to the Cancer Research Institute.

Commenting on the formation of Nitesoil and the process behind their studio debut, Godla states, "We started this band as a joke we thought no one would hear; a folder of sick riffs from Nick titled "Slammy Sosa". Once I spent weeks rearranging and tracking grooves, black mailing some killer death metal vocalists to come over to my house and participate, and kidnapping one of the sickest engineers in the game to mix and master this shit in order to be released...we're still a joke. But at least it sounds legit, and it's all for charity you chumps!"