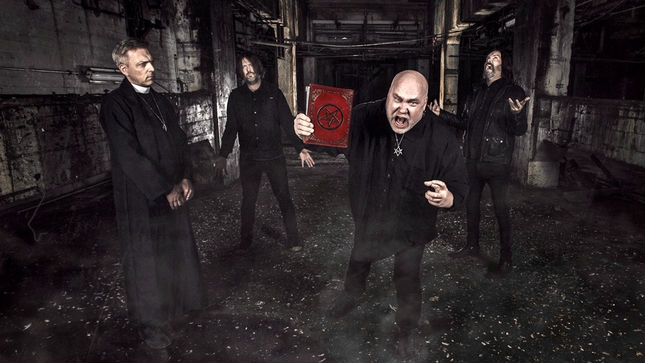 Over the years, many bands formed and few really retained the original filthy, raw, diabolical mood and vibe which the original recordings were permeated with. Formed in 1988, Norway’s acclaimed Cadaver were one of the few bands who unleashed such original loathsome fury in a raw and meaty death metal way. Cadaver was founded by Anders Odden and Ole Bjerkebakke in 1988 and were later joined by René Jansen.

It became inevitable that back in 2013, the time was right for the Second Coming of Pure Fucking Armageddon. This time through a new name for such celebration: Order - Four men - one Order: Restore it! - And those four men who pledged to that task have all been original members of the very first wave of Norwegian black/death metal scene: Manheim (ex-Mayhem), Billy Messiah (ex-Mayhem, Cockroach Clan) and Anders Odden/Rene Jansen (Cadaver). This lineup played one show on June 24th, 2014 at Klub Progresja in Warsaw, Poland. After this show Rene Jansen was diagnosed with leukemia and he passed away on the 3rd of December, 2014. Stu Manx from Scandinavian hard rock wave finest band, Gluciefer, took over the bass duties to fulfill Order's undeniably repugnant and massive sound.

Order became its own distinguished beast and have been writing a lot of new material. This lineup made their debut show at the Inferno Festival in March 2016 (video below). Their triumphant performance was hailed in all major and underground press.

Order are actively working on their debut full length album to be issued on Listenable in spring 2017. And as guitarist Anders Odeon expressed: “We are an occult band with lyrics that reflect the zeitgeist, mockery of religious power in all direction."