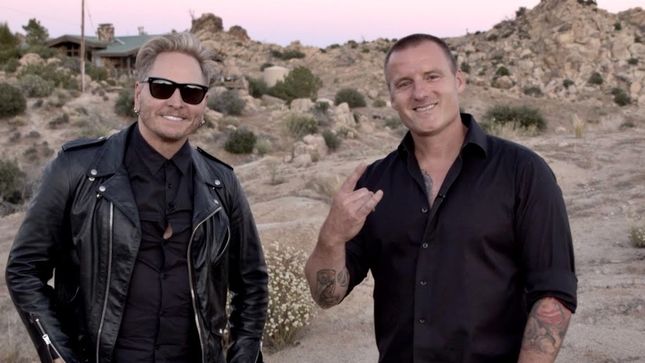 Ocean Hills have released the third episode of their video series, "A Dialogue In The Desert". Episode #3, featuring former Guns N' Roses drummer Matt Sorum, can be seen below. This time, Matt and Zoli Téglás talk about funny Metallica stories and The Black Album.

The track was written and produced by Chris Traynor (guitarist for Bush, Orange 9mm, Helmet) and Kyle Hoffmann (producer for Trent Reznor, Bruce Springsteen, Rob Zombie). It was mixed by Jay Baumgardner and mastered by Howie Weinberg. The 3D lyric video for "Bound", which can be seen below, was created by Frank Grayner.