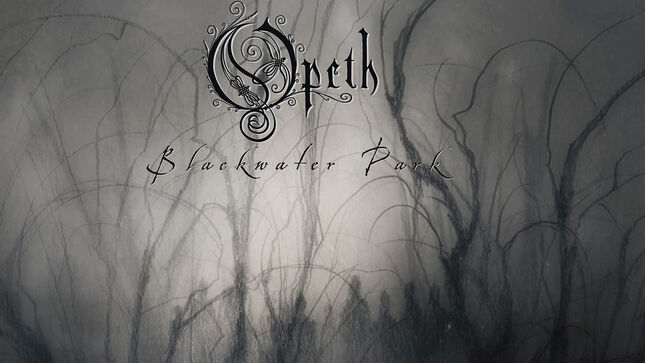 Swedish legends Opeth are celebrating two decades of Blackwater Park. The 20th Anniversary Edition of the album launches on July 16 via Music For Nations. The band has released an official lyric video for the song "Harvest", which can be fond below.

Special edition Blackwater Park double vinyl, t-shirts, merchandise and bundles are available for pre-order via the band's official webshop and at Music For Nations.

Music For Nations: "The reissue comes lovingly pressed onto heavyweight, audiophile approved vinyl, with a variety of deluxe finishes, and housed in a gatefold artwork sleeve, with updated liner notes and acknowledgements. The deluxe variants, including a hardcase CD, come furnished with an updated artwork booklet complete with new liner notes, never seen before memories from the band, and exclusive content provided by the Opeth fanbase. It remains a must for Opeth enthusiasts, completists and casual listeners alike."

Blackwater Park is Opeth's fifth studio album , released on March 12th, 2001. The album marks the first collaboration between Porcupine Tree frontman Steven Wilson and the band, as Wilson had been brought in to produce the album. This contributed to a shift in Opeth's musical style. The songs "The Drapery Falls" and "Still Day Beneath the Sun" were released as singles. Although Blackwater Park did not chart in North America or the UK, it was a commercial breakthrough for the band and is often considered their masterpiece.