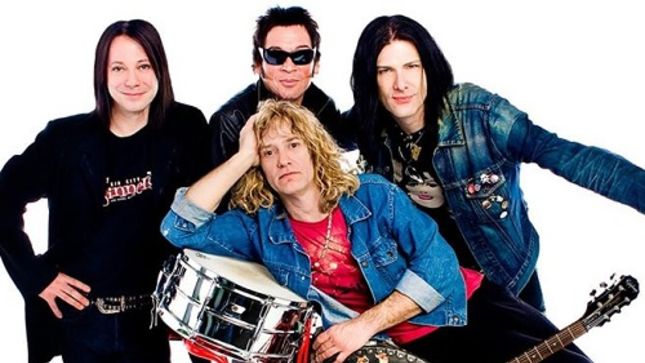 "It’s hard to believe it’s been a full decade," admits Original Sin frontman Todd Kerns (Slash Featuring Myles Kennedy And The Conspirators, Toque). "In 2010 we released an album called Exile On Fremont Street that went on to be a Sin City classic."

"On March 27th 2020 Original Sin Las Vegas are going to reissue the long out of print CD with 3 bonus unreleased tracks which we are very excited about."

"That night the Original Sin Las Vegas will be playing at Vamp’d in Vegas as a CD re-release party of Exile On Fremont Street - Ten Years In Exile made fully available for all of our Original Sinners."

"Come hear the album performed live in its entirety including all 3 bonus tracks plus a whole lot more. While you’re at it, pick up a CD and get it signed by the guys."

VIP tickets are available now at this location.