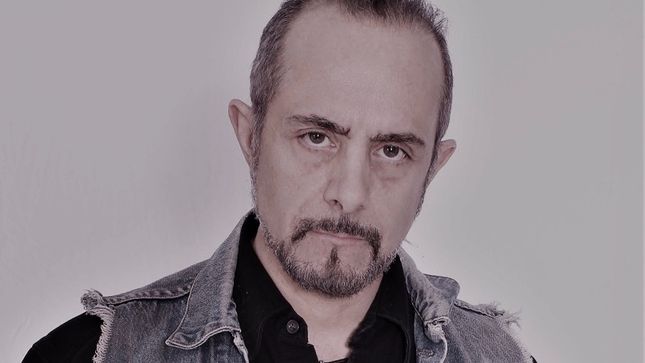 Overkill bassist D.D. Verni's The Bronx Casket Co.. returns on Friday the 13th of November. Deko Entertainment will release The Complete Collection, a 5-disc box set including all four of the band's studio releases, plus unreleased bonus material.

D.D. states, “It’s Halloween and Friday the 13th all within a 2 week period....so must be time for a new Bronx Casket Co. release!"

The Bronx Casket Co.. was founded by Overkill bassist and main songwriter D.D. Verni and released the self-titled Bronx Caset Co. on Massacre Records in 1999. It was followed up by Sweet Home Transylvania in 2001, Hellectric in 2005 and Antihero in 2011.

This release is completely remastered by Alan Douches (The Misfits, Mastodon, etc.) and includes a bonus disc of early demos, unreleased remixes, a cover of The Misfits classic “Ghouls Night Out”, and a brand newly recorded mash up of the classic Black Sabbath tracks “The Writ/Megalomania” entitled “Sabatage-d”.

D.D. continues, “I'm so psyched to have the whole catalog in one spot. The four records were all so completely different yet part of the same idea, so seeing it all together is very cool. A bonus disc with demos and extra tracks, as well as all kinds of collectibles makes it something really unique. It was fun to get back with the guys to bang out the Black Sabbath Sabatage-d song too, felt almost like we never took a break. I get asked all the time if there will ever be another full length album... hey ya never know."

This is limited to 500 copies with 100 being set aside for a special Friday the 13th bundle with some ghoulish merch, and your own personalized death certificate signed by Bronx Casket Co. founder D.D. Verni. Get these (while supplies last), here.

CD3:
"Little Dead Girl"
"Everything I Got"
"Dream Of Angels"
"Sherimoon"
"Bleed With Me"
"Motorcrypt"
"Let My People Go"
"Free Bird"
"In My Skin"
"Can't Stop The Rain"
"Mortician's Lullaby"
"Live For Death"

CD4:
"Antihero"
"Bonesaw"
"You Look Like Hell"
"Sally"
"I Never Loved You Anyway"
"Holy Mother"
"I Am No One"
"Memphis Scarecrow"
"Selling My Soul"
"Death On Two Legs"
"Let Me Be Your Nightmare"
"NYC (Devils Playground)"
"Alive!"
"My Way"