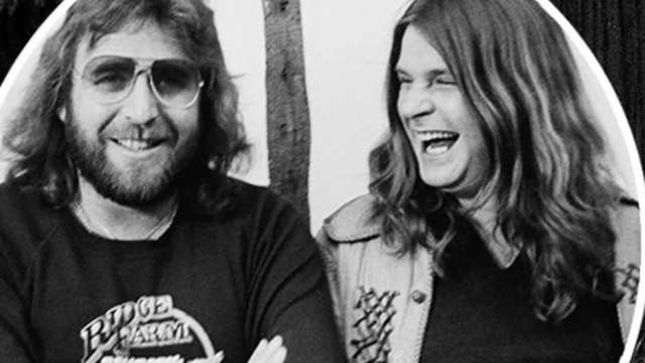 On Saturday, September 19th drum icon Lee Kerslake passed away at 73 years-old, having lost his battle with cancer. he was a member of Ozzy Osbourne's first solo band, appearing on the Blizzard Of Ozz and Diary Of A Madman albums.

Ozzy posted the photo above along with the following message on social media in honour of Kerslake:

"It’s been 39 years since I’ve seen Lee but he lives forever on the records he played on for me, Blizzard Of Ozz and Diary Of A Madman. Lee Kerslake RIP."

Kerslake can also be heard on Ozzy's Live EP from 1980 and parts of the 1987 Tribute live album. He left Ozzy's band in early 1981 to care for his mother, who had fallen ill. On the Diary Of A Madman notes, Kerslake and bassist Bob Daisley were not credited, with drummer Tommy Aldridge and bassist Rudy Sarzo instead receiving credit. Aldridge has stated of the Diary Of A Madman album:"I think it's pretty obvious that it's not my drumming on that album. I have never taken credit for that recording and have always given Lee Kerslake, whenever asked or interviewed, the credit he rightly deserves."

Sharon and Ozzy Osbourne recently joined with the Metal Hall of Fame to give Kerslake his dying wish of receiving his platinum record awards for his contribution on the Blizzard Of Ozz and Diary Of A Madman albums, after 39 years of legendary lawsuits, ongoing legal battles, and constant controversary between the two camps. Both of Osbourne's records are widely considered by critics and fans alike to be amongst the best albums ever written.

“It was a great honor to help grant Lee his dying wish of receiving his platinum records awards for his brilliant drumming and song writing abilities on the Blizzard Of Ozz and Diary Of A Madman records, after 39 years. It was also a true honor to join with Sharon and Ozzy Osbourne to make that possible for Lee. I am extremely grateful for them doing so. Lee is a drumming icon and our hero. We can never forget his friendship, and the great songs and talent he gave the world, both as a drummer for Uriah Heep and Ozzy Osbourne.”

Kerslake had been working on a solo album entitled Eleventeen. A much-anticipated documentary on Lee Kerslake featuring KISS, Uriah Heep, Ozzy Osbourne band members, and other rock stars has been in production by film maker Tayla Goodman and is waiting to be finalized.