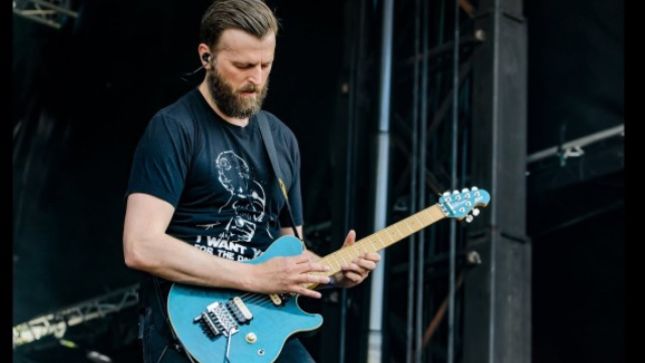 Jorn Viggo Lofstad, the guitarist for Pagan's Mind and Northward, has checked in with the following update:

"Hi all. As we are things are going forward and very well with The Revival recordings, we see that it was a little optimistic to think we could mix the album in November so it has been pushed until January. Can’t wait to show you all what we have been up to. Have a great weekend and take care!"

TheRighttoRock.com caught up with Lofstad earlier this year. In the interview linked below he discusss life in Oslo, Norway during the pandemic, as well as his recently announced new band, The Revival. Jorn also discusses his time with vocalist Jorn Lande and his band Northward featuring Nightwish singer Floor Jansen. Lastly, he gives a Pagans' Mind update and his thoughts behind new music with the band.

Northward's self-titled debut album  was released in October 2018. Stepping free from all boundaries, Northward's sound is strong, euphoric and straight in the tradition of Skunk Anansie, Foo Fighters and Alter Bridge but also older bands such as Deep Purple and Led Zeppelin, the music comes straight to the point and makes no compromises.

"Get What You Give" lyric video: