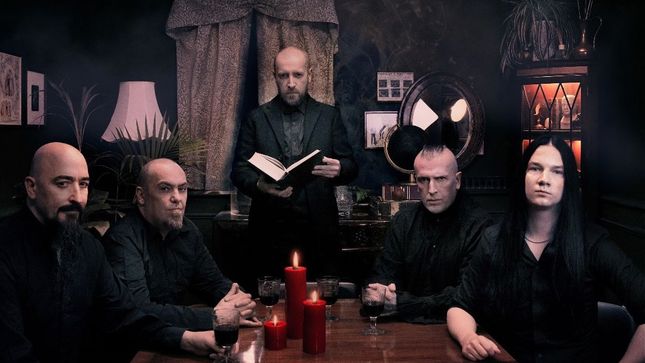 Paradise Lost released their 16th studio album, Obsidian, in May 2020. To commemorate the occasion, the band announced a very special, one-off gig at The Warehouse in Leeds, where they would play Obsidian live, in full, for the one and only time.

That concert was originally scheduled to take place on September 17, 2020. Unfortunately, due to the coronavirus pandemic, it was pushed back to May 1, 2021. Now, sadly, with COVID-19 case numbers still rising at an alarming rate, the show has been rescheduled to February 5, 2022. A statement from Paradise Lost reads:

"Once again we regret to announce the postponement of our 'Obsidian' show at The Warehouse Leeds. Due to the uncertainty of live shows returning by May and travel restrictions, we have come to conclusion that it would be safest to reschedule for 2022. We hope by then things will have returned to some kind of normality and we will be able to be in the same room again! Original tickets remain valid."

On a brighter note, continuing the celebrations for the 25th anniversary of Draconian Times, Paradise Lost has premiered a brand new lyric video for "Last Desire".

The long-awaited 25th anniversary re-issue of the much adored Draconian Times by Paradise Lost was released in December 2020 via Music For Nations. Available lovingly pressed onto heavyweight audiophile approved vinyl, housed in a gatefold artwork sleeve, and presented on select and limited vinyl variants.

To celebrate this landmark, Paradise Lost  released a lyric video for the album's opening track, "Enchantment".

The remastered HD videos for "The Last Time" and "Forever Failure" can be seen below.