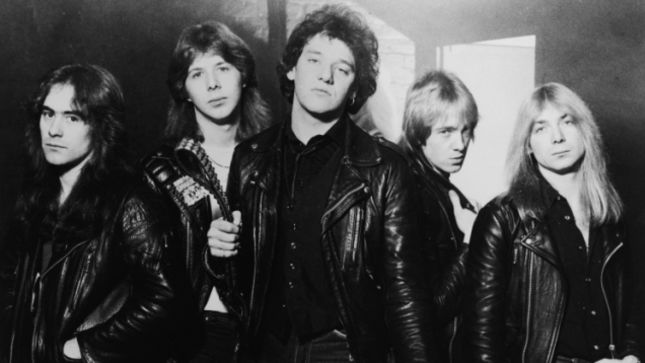 Eon Music recently caught up with Paul Di'Anno, who spoke at length about his Iron Maiden legacy. Following is an excerpt from the interview:

Eon Music: You must be incredibly proud of what you left behind though, with the legacy of those early years.

Di'Anno: "Oh, very, very much so, and I still am of the band today, because they’re still soldering on, and especially in some countries around the world, where they build you up to knock you down, and England’s like one of the biggest ones of that, but Maiden have stayed constant around the world, regardless. Some albums aren’t as great as the others and that, but then again, what do you expect? Most bands are like that, And it’s high quality always and really good, and this last show that they’ve done (the Legacy of the Beast tour) has been fantastic!"

Eon Music: Have you actually stood in a room and caught the band live since you left?

Di'Anno: "I went to seem the first time when Bruce (Dickinson) sang with them, and I took my mum. We had to leave early because people kept shouting out for me, and I thought; 'No, I ain’t having all of that!' So, we left early. But on this last tour they just done, Steve was fantastic, because my wife and my boy over in the States wanted to go and see the show, and I got hold of Loopy (Steve ‘Loopy’ Newhouse, former Maiden road crew member), and he got hold of Steve for me, and Steve gave them VIP passes, backstage, went out and met my wife Maria and my son Christian. So she’s put him in touch with me, and it’s great. We’ve had a little chat, and as soon as I’m up and have got myself together again, we’re going to meet up for a drink and a dinner again. So yeah, he was really kind, and that was really good of him."

Eon Music: That’s nice that things are coming full circle, and you’re back in touch.

Di'Anno: "Yeah, I’m really pleased. Look, I’ll tell you what; one of the saddest days of my life will be when Maiden stop. Indirectly, with me as well, how much joy do fans get by hearing Maiden songs, whether done by me or done by Maiden, live around the world? I can attest to that. They are absolutely awesome, and they bring so much joy, and I don’t want to see that stop. That could happen at some stage, but I hope it’s not for quite some years yet."