PAUL STANLEY - "I'm Not Sure About The Idea Of KISS Coming To An End..." 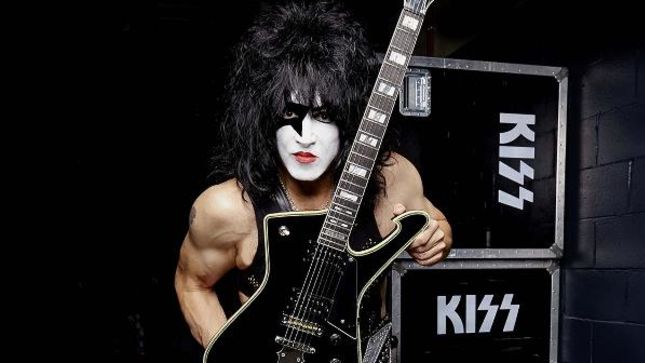 In a new interview with Billboard, KISS singer/guitarist Paul Stanley discusses his passion for painting, and the future of KISS.

Stanley, who also fronts a 13-piece R&B group called Soul Station, has more time for his visual art in what looks like a light year for KISS. The group has a handful of festival and headlining dates during July in Spain and Portugal but will be spending most of the year off the road.

And Stanley freely acknowledges that: "I don't want to go leave home. I have a family and I have children and, honestly, I think my primary responsibility is to be a dad and I don't want to miss out on that. And certainly as we got older we know that life is finite and I pick and choose what I want to do at this point."

That said, Stanley does expect that "there's a world tour down the pike," though he adds that he's not sure how many more of those he's up for.

"The thought of me not being involved certainly comes to mind," Stanley notes. "I'm not sure about the idea of Kiss coming to an end. We've built something that's so iconic, and I think it transcends any of the members so I can certainly see me not being there, seriously. There was a time where people said it had to be the four of us (Stanley, Simmons, Ace Frehley and Peter Criss) and those people are already 50 percent wrong. So I'm betting (another absence) could be overcome, too."